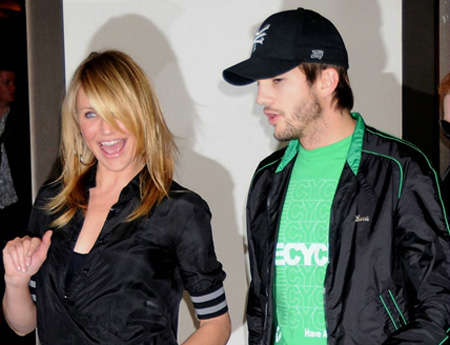 To promote their new movie “What happens in Vegas..”, Cameron Diaz and Ashton Kutcher made an appearance on MTV’s TRL. Kutcher was wearing a bright green t-shirt with the word Recycle repeated once in solid white and in an outline over the rest of the shirt. In a smaller font is the phrase “Have a Nice Day”. The design is a take off of the old bags that had the phrase “Thank you” repeated all over the bag.

It is great to see celebrities using their time on-air to spread the word about important lifestyle choices such as recycling. Of course one celeb wearing a recycling shirt isn’t going to change the world but every bit counts.