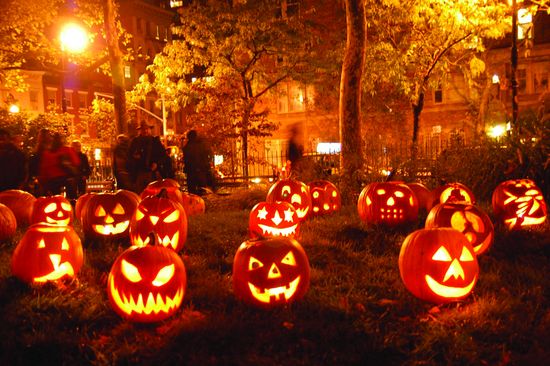 One of the most fun kids have, or used to have in the ‘old days’ was to dress up in costumes on Halloween, and then to go trick-or-treating after dark. Knocking on doors up and down neighborhood streets and getting a piece or two of candy in return began as a tradition in the 17th century. Children wearing masks and costumes roamed their neighborhoods as well, asking for apples, nuts or other treats, some sweet, some not.

Before then, Halloween was a day when ancient Celts, from what are now France and the British Isles, practiced Druidism as their religion. It is believed that on one occasion, a Druid priest allowed the spirits of the departed a chance to return to their homes for a few hours during the last night of October. This tradition continued for many years, observed by people who believed the world was flat and superstition and belief in pagan spirits was a rampant part of every day life. As the centuries passed, some Roman traditions blended with those of the Druids, and as with most all customs, migration of large groups of people around the world brought their traditions and superstitions with them. The name ‘Halloween’ comes from Christian religion origins and refers to what is known as All Hallows day, which occurs on November 1st. In ancient times, people believed that the night before, October 31st, would see the spirits of the departed rising from their graves. People also feared witches and ghosts wandering about on that night, and took what protective measures they could to ensure their safety.

Carving pumpkins, or jack-o’lantern’s, is a custom that dates back centuries as well, and their origins in the New World are found in the celebrations of the original pilgrims and colonial settlements. The Jack-o-lantern is said to have originated in Ireland, based on a tale of a tight-fisted Irish man named Jack, who liked to try to outwit the Devil. Because of his antics, he was condemned to wander around the world forever, carrying a lantern to light his way.  People believed that the carved faces and expressions in a jack-o-lantern would frighten the bad spirits away from their homes and leave them alone. Halloween became a time of full moons and black cats, which were considered to be reincarnated spirits of the dead, and unhappy ghosts and cruel spirits wreaking havoc among the living. In the old days, bonfires were lit to scare and keep the ghosts and witches away. In the early years of the American states, children celebrated Halloween with taffy pulls and popping corn, and sometimes, hayrides. Pranks became commonplace, some funny, others not so.

In the United States these days, most people don’t believe in the rising of the spirits and the rampant haunting that was feared for so many centuries, and children carve happy faces into their Halloween pumpkins while mothers toast the seeds for snacks. Halloween today is still observed, but while the traditions of the holiday have perpetuated for hundreds of years, the age of enlightenment have erased such fears of ghosts and superstitions. Halloween today means candy and treats for children in America, and dressing up in simple or elaborate costumes for fun. School parties are held on Halloween day and adults attend masquerade parties. Parties and carnivals are held, and old-fashioned games like bobbing for apples and climbing greased poles or capturing greased pigs are still celebrated in many communities around America. Contests are held for the scariest costumes or the most elaborate. It’s a time of fun and laughter, and children all over America delight in looking forward to dressing up and going out into their neighborhoods for candy and treats. Every household on the block would purchase candy to keep by their door in expectation of hearing the doorbell ring and a childlike voice yelling, “Trick or Treat!” as it is opened. However, because of safety reasons, more and more children are attending mass Halloween get togethers in parks and schools. Still, the traditions of Halloween continue to be observed, and children in America still enjoy the benefits of a custom that began centuries ago in the sprawling green fields of Ireland.

← What Is Super Tuesday
How to Celebrate Colorado Day →
Scroll Up