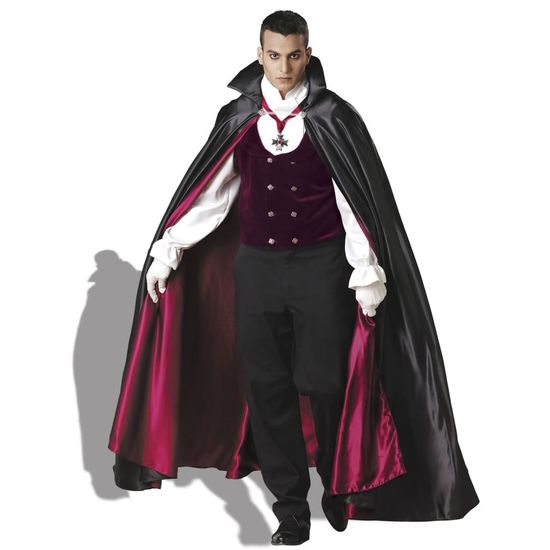 Dress like the Undead to Live Life in Style

In vampire mythology, there are several kinds of vampires when it comes to fashion. For starters, everyone thinks that vampires always wear black. Perhaps this is the case. But the cardinal rule of vampires is looking good. So whether it’s a black outfit or not, style is the most important thing when it comes to dressing like a vampire.

Generally, modern interpretations of vampires focus on their commitment to high fashion and always looking fabulous. Male and female vampires always want to look their best, supposedly so that they can better seduce their victims. That is, of course, if you believe in that kind of thing.

However, the idea of the good looking, well dressed vampire didn’t come along until Hollywood started making movies about vampires. That’s where the idea of the tuxedo, the cape, and the Transylvanian accent came from. The original vampires were ugly as ugly can be.

As far as we know, Bram Stoker’s Dracula was the very first vampire to ever enter pop culture. His Dracula sparked a craze around vampires that is yet to disappear. People are still making movies and writing books about vampires. Some people love vampires so much that they dress up like them and attend annual balls with other vampire wannabes. Some people even have permanent dental work done so that can look like a vampire! Yes, really!

Most people are fascinated with vampires because they appear to be so glamorous. But the original vampire, Dracula, was ugly. Most people don’t want to believe that he was so ugly because he still managed to entice the object of his affection into his arms. But by Stoker’s description, this guy was offensive to the eyes. But because he was a wealthy lord, he was always dressed to the nines.

Ugly or not, vampires have always been known for dressing well. Whether you’re lined up at your dentist’s office for fake teeth or not, dressing like a vampire could be a good rule of thumb if you’ve set your sights on dressing well. Taking tips from your vampire inspirations could definitely catapult you onto any best dressed list.

With that, you might think that most vampires wouldn’t be caught dead in a regular old t-shirt. But even vampires can’t wear designer brands and the finest fashions all the time. After all, sometimes life requires casual wear. When those times come, you can bet the ranch that a vampire would want a specially designed t-shirt for those casual moments.