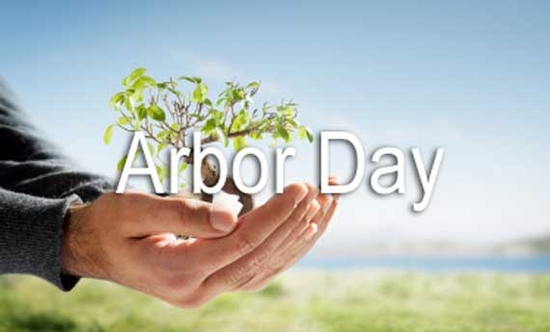 Every April, millions of people across the United States celebrate the beginning of spring, relieved that, despite the fun of snow, the long winter is giving way to green buds, flowers and hints of warmer winds and bountiful sunshine. It’s also a time of year when those very same Americans celebrate the time for planting, which not only ensures plenty of food crops for later in the summer and fall, but also to watch things grow. Spring brings with it new life and a sense of new joys and hopes for the coming year. Arbor Day is a day celebrated each April to celebrate planting, everything from trees to flowers to crops.

In 1872, the first official celebration of what was called Arbor Day was observed in the state of Nebraska. A member of the Nebraska State Board of Agriculture, J. Sterling Morton, suggested that trees would help to serve as windbreaks and their roots would also help to conserve moisture in the soil. A resolution was passed by the State Board of Agriculture that offered one hundred dollars of ‘reward’ money for any county who took it upon itself to plant the largest number of trees. That same resolution also offered a farmhouse twenty-five dollars’ worth of books if they did the same. That first Arbor Day saw one million new trees planted in the state. It’s interesting to note that within sixteen years, more than six hundred million new trees were planted in the formerly treeless state, and over one hundred thousand acres has since been turned into forest lands.

Since Nebraska first celebrated their first Arbor Day, Americans across the nation take the time on April 22nd, the anniversary of Morton’s birthday, to plant trees. However, the idea of planting new saplings and trees had begun long before Morton’s idea. Dr. Birdsey Northrup, of Connecticutt, drew attention to the need to supplement tree growth in areas of the early United States, during the colonial years. He was a founder of one of the first groups to address landscaping for homes and villages, the first village improvement association, if you will.

Today, adults celebrate Arbor Day across the nation, and schoolchildren often make special field trips to local areas in need of trees to serve multiple functions, such as windbreaks, ground cover, or to replenish the hills due to deforestation, by planting saplings and larger trees. Around the country, the day is celebrated in either early May or late April, depending on which state you live in.

President Theodore Roosevelt is known to have stated, “A people without children would face a hopeless future; a country without trees is almost as hopeless.” Roosevelt, one of the first presidents to address issues of natural conservation, was a large supporter of America’s national parks systems. While he understood the need for lumber and land to fill the needs of America’s ever growing populations and migrations, he also understood that if Americans didn’t take measures to replace what they’d used, the country would face certain disaster.

The idea of Arbor Day is not unique to the United States, and countries around the world have similar ‘tree renewal’ planting programs. Ancient Aztec Indians used to plant a new tree every time a child was born. In the early years of America, every new bride would take a tree sapling or seed from her native home and plant it in the yard of her new home. Today, trees are routinely planted to honor fallen heroes. Regardless of the reason, every state, county and town within the United States regularly celebrates Arbor Day by planting trees of every imaginable type and size across the country. As Washington Irving once said, “He who plants a tree cannot expect to sit in its shade, or enjoy its shelter; but he exults in the idea that the acorn shall grow to benefit mankind long after he is gone.”

← How To Celebrate Boss Day
When Is Election Day →
Scroll Up