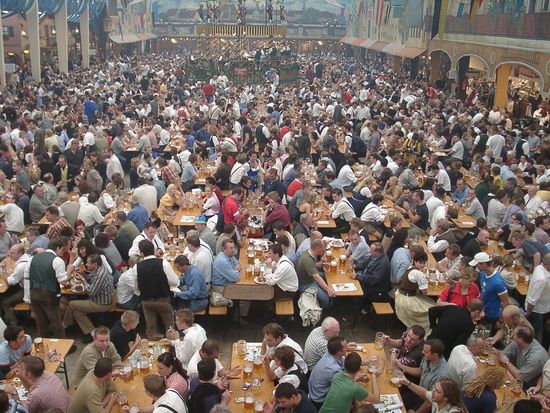 Oktoberfest is one of the most fun-filled ethnic holidays celebrated in the United States. Observed mostly by those of German descent, Oktoberfest is a time of happy celebration and of history and traditions that have been passed down in German bloodlines for centuries.

At an Oktoberfest celebration, visitors and revelers are regaled with the sights and sounds of Germany, including music, traditional costumes and food. The beer and food is what Oktoberfest is mostly known for in the United States. Thousands of pounds of pork sausages, pork knuckles, fish and chicken are consumed every year at every Oktoberfest event throughout America, as well as millions of gallons of various types of beer, including non-alcoholic beer. Barrels of wine, coffee and tea, in addition to lemonade and water are served at Oktoberfest celebrations around the country, but it is the beer that is the star of the show. It’s a time for dancing and music, for food and drink.

But what is Oktoberfest? Many people who attend an Oktoberfest celebration haven’t the faintest idea of what they’re celebrating, but they do enjoy the laughter, entertainment and a rich variety of ethnic German cooking. Actually, Oktoberfest originally celebrated the marriage of Crown Prince Ludwig, who later became a king, to Princess Therese in October of 1810. Inhabitants of Munich, Germany, were invited to join the celebration in the fields before the city gates to help observe the happy occasion. Those fields are still known today as Theresienwiese, or ‘Theresa’s Fields’, though they are more commonly called Wies’n now. At any rate, special events were held to entertain both the royal couple and the celebrants, including horse races and plenty of food and drinks for all. The event was held the following year as well, and for decades after, though most of those celebrations offered merely horse races and food. Later years saw the added attractions of carousels and swings for the amusement of children amusement, and in 1896, beer tents that offered the latest and newest beers from local breweries replaced the first beer stands. By the mid 1800’s, the festival took on new form with a fair type environment. While the horse races stopped, they were replaced with fair-type booths and entertainments until the 1870’s. Today, Oktoberfest is the largest ‘party’ in the world and millions of travelers and visitors visit the Bavarian city of Munich every year to celebrate the event that has lasted for centuries. The event, still held in Theresa’s fields, draws many different races and cultures to a country steeped in history and traditions that have been passed down for generations. For Americans who celebrate the event in the United States, it’s a time to appreciate and learn about a different culture and way of life, one that will endure in this country as long as there are Germans to celebrate Oktoberfest!