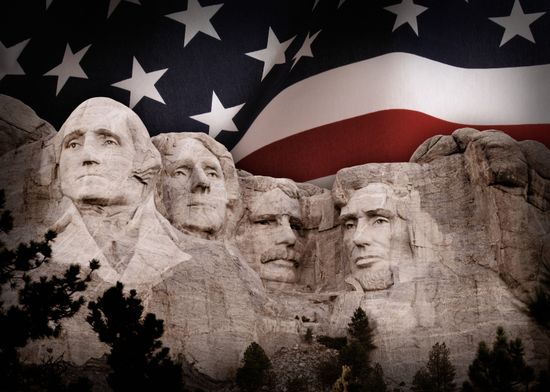 Presidents’ Day is the name given to the national holiday that used to celebrate George Washington’s Birthday. Since the early 1800’s the first president’s birthday was officially honored on February 22nd. Early America celebrated the beloved president’s birthday with balls, speeches and fancy receptions attended by political figures and common people alike.

Born in 1732, George Washington is one of the greatest personalities of American history, and his face is well known and found memorialized not only in our currency, but also throughout the United States, including Mt. Rushmore, his home in Alexandria, Virginia, and in Washington D.C.

However, another favorite American son who became president also shared a February birthday, and after Abraham Lincoln’s presidency, which ended abruptly in 1865, people throughout the United States also honored his birthday every February. It is perhaps understandable that eventually Americans would celebrate the birthdays of these two popular and beloved American’s on the same day. In 1971, legislation passed that officially declared that Washington’s birthday was to be celebrated on the third Monday of each February, whether it landed on his birthday or not. It was also used as a reason for Federal government employees to enjoy a three-day holiday. In the meantime, Lincoln’s birthday, while nationally recognized and observed, was never officially declared a federal holiday.

Then, in the late 1980’s, it was suggested that Washington’s Birthday also be used as a day to recognize not only Lincoln’s birthday, but all presidents of the past. Then, in 1986, another move was made to change both the focus and the date of the holiday when it was suggested that Americans recognize and celebrate Dr. Martin Luther King, another February baby at the same time. Since then, King has received his own special day of recognition, and while the third Monday of every February is technically still Washington’s Birthday celebration, many people in the United States now call the day a more generic ‘Presidents’ Day’.

In schools around the country, curriculum around this time of year focuses on teaching children about the Presidency of the United States and particular president’s in general, focusing on our Founding Fathers and Abraham Lincoln. Throughout the country, many businesses are closed, as are government offices. Over the years, such practices have changed, and now it all depends on where you live whether or not post offices, schools or government buildings and offices are open or closed. Schools that used to allow children and teachers off one day each for Washington and Lincoln’s birthdays now only offer one, while some school districts simply take the entire week off.

While the intended reason for the holiday in the first place was to recognize and appreciate the accomplishments of our first president, including his loyalty, courage and statesmanship, teachers also use the day across the country to teach children learn about early Colonial America and the beginnings of independence for our country.

George Washington was the first American to create a military medal for his men, and to this day, the Purple Heart is still given to soldiers wounded in battle. In different parts of the country, and mostly in his native Virginia, people celebrate this great man’s birthday with parades and community gatherings and picnics. Every year, thousands of people visit the Washington Memorial in Washington D.C. and his home at Mount Vernon in Alexandria, Virginia. America’s first Commander General and President is a man who deserves to be remembered for his great military skills and his leadership abilities. No matter which day his birthday falls on, every February should find Americans remembering and honoring the memory of one of our greatest Founding Fathers, though books, songs, plays and speeches.