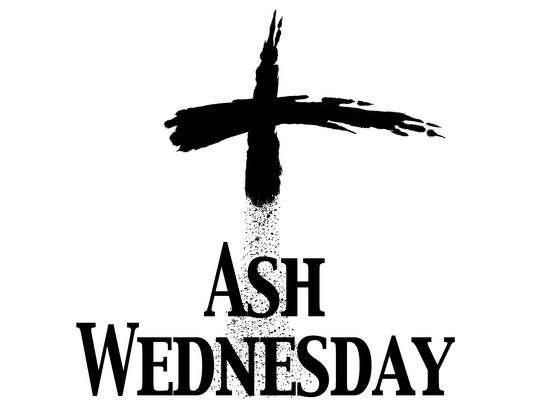 The Rites of Ash Wednesday

The name, Ash Wednesday, originates from around the eight century and is a day when all Roman Catholics are asked to approach the alter of their community church or cathedral, to be marked with the sign of the cross. The cross, marked on the foreheads of the faithful, symbolizes that man rose from the ashes or dust and to ashes or dust shall he return. In the old days, the ashes were created from the burning of palm fronds mixed with olive oil that were blessed the Palm Sunday of the previous year. While the day isn’t observed in Protestant churches in Germany, it is recognized and celebrated by many churches and faiths in America, some with the use of ashes, some without. Among those who practice and observe Ash Wednesday are Roman Catholics, Episcopalians and Anglicans, in addition to many Lutherans and some Presbyterians and Methodists.

The symbol of the ash cross, written on the forehead, is a token of recognition of mortality and the urging of repentance in mankind. Lent is officially forty days long, and Sunday’s are not counted as days of penance, but depending on the calendar, Ash Wednesday may fall anywhere from early February to early March. Nevertheless, it is celebrated by either a Catholic Mass or church services by many denominations and faiths in the United States, usually with an evening church service, where the priest or pastor or minister marks the forehead of each member of the congregation with blessed ashes, which are not to be washed off until either sunset or until parishioners arrive back at their homes. During the service, certain phrases are usually uttered, among them, “Remember, man, that you are dust and unto dust you shall return” or “Turn away from sin and be faithful to the Gospel” or “Repent and hear the Good News”.

Within the Catholic Church, Ash Wednesday is observed with fasting and abstinence of meat and repentance. In other faiths, the day marks the beginning of Lent, when most observers give up something they like to eat or do for the period of forty days until Easter as a sign of personal sacrifice. Many different faiths honor the season by reflecting on their faith, and their dedication to serving God.

While Ash Wednesday is a major religious holiday throughout the world, is it not an official holiday in the United States and people are not given the day off, which is the reason most religious services to honor the day are held during the evening hours. It is a time when Christians throughout the country remember the sacrifices of Christ as He ventured to Jerusalem for the last time and was brought before Pontius Pilate, scourged and then crucified. What little tokens we can offer aren’t meant to compare to the suffering of Christ, but they are symbolic of our understanding and are meant to serve as an example to leading a more pure and righteous existence.

Ash Wednesday is not generally celebrated in schools throughout the country, except religious or private religious based private schools, in recognition of separation of church and state in America. The observance of Ash Wednesday is a personal choice for all American, which is a basic right; to practice their faith and beliefs in any manner they so choose.

← Who Celebrates on Lee-Jackson Day
Observing Yom Kippur →
Scroll Up