A recent creation by one of our designers who is making light of the current (and very serious) unemployment rate in the United States. Barack Obama’s statement “I Don’t Quit” is missing a bit of what Obama really meant to say during the State of the Union address which was  “I don’t quit because there are no other job openings”.  Whether you love or hate Obama you can still wear this t-shirt to make light of tough economic times and high unemployment rates. 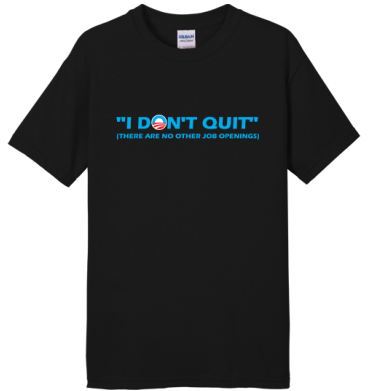