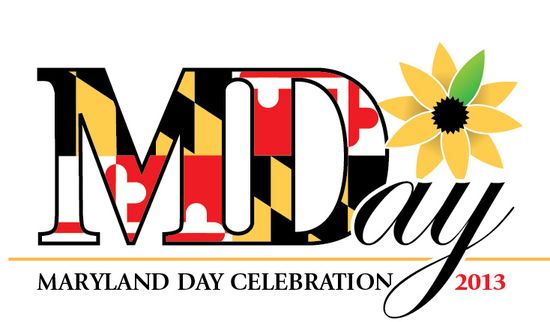 Most states in America celebrate their own special birthdays, days they were officially admitted into the United States of America. Sometimes, they celebrate events that have had a huge impact on local communities within that state. Maryland is no different.

Maryland Day, observed and celebrated on March 25th of every year, is the anniversary of the day that the very first colonists landed on St. Clement’s Island, in the Maryland province, in 1634. Two ships, called ‘The Ark’ and ‘The Dove’ brought weary travelers to the island situated in the midst of the Potomac River, where they took their first steps on native Maryland earth and prayed for the safe conclusion of their journey. Since the landing in March also took place during what is usually celebrated as the Feast of the Annunciation, which is the Catholic world, honors Mary, the mother of Jesus Christ. The very first religious service also took place that day, when Jesuit Father Andrew White offered thanks for the conclusion of the arduous journey on the sandy shores of St. Clement’s Island.

While those early Maryland generations more than likely remembered the day without any reminders, later generations did not think about the day too much until 1903, when the Maryland State Board of Education suggested the day become a state holiday in order to serve as a reminder of historical and ancestral roots. In 1916, the United States legislature designated the day a legal holiday.

Today, school districts honor the week or so prior to the observance of the legal holiday by offering curriculum that teaches children about their state. They learn that Maryland was named after King Charles’ wife, Mary and that Lord Baltimore was given control over the entire colony just so long as he shared any gold or silver he found in his new realm with the king. They are also taught that Maryland was the seventh state to ratify the United States Constitution and that during the War of 1812, Baltimore’s Fort Henry provided the scene from which Francis Scott Key wrote our beloved ‘Star Spangled Banner’ and watched the ‘bombs bursting in air’.

Every year on Maryland Day, bands play the famous tune and honor not only their state, but also the legacy it has left for future generations. Civic leaders are careful to make sure that ceremonies and local events serve to remind residents and visitors alike that Maryland is a state of many ‘firsts’ in American history.

St. Clement’s Island is now a National Park, and millions of visitors to Maryland visit the site every year on vacations, observing the place where those first tired and fearful colonists landed and stepped foot in their native state. Uncertainty and difficulties followed the colonists for years before the colony was firmly established, and their dedication and determination to survive both harsh elements and harsh surroundings is a reason to honor and celebrate the day. If it was not for such courageous ancestors, Maryland, as we know it today, might not exist. Now, over three hundred fifty years later, Maryland natives are happy and proud to honor their ancestors with civic events, parades and banners and, most importantly of all, reminders that serve to offer modern day Marylanders a moment or two to appreciate the bravery of those colonists as they struggled to create homes, towns and cities out of the wild and dangerous wilderness that surrounded them.

The anniversary of the first colonials to set foot on Maryland soil in 1634 is an important day of observance in Maryland every year, and despite the passage of time, the day serves to keep the memories of those who came before us alive in memory, perpetuated by Maryland Day, honored and celebrated every March 25th.