Target and Experimental Gameplay Project started a new line of t-shirts that come with independently developed PC games for just $12.

The games are not the standard popular video games. Kevin Allen Jr. who was the one who first spotted these t-shirts and video games at target has a description of some of the games” “there is a game where you’re a little dude with a gigantic head (like, your head has gravity and that effects play) trying to grow a dozen roses so you can attract the attention of a girl with a gigantic head. Or you are a robot spider in some uncertain distant desert future that has to traverse a dangerous landscape all while keeping your egg sac safe for future generations. The games get variously more abstract from there.” 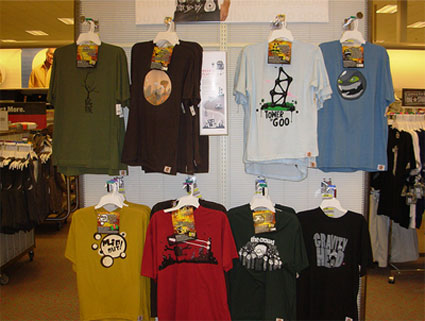 Read the first hand account of seeing the t-shirts in Target on Kevin Allen Jr.’s Blog or these other sources PSFK or BoingBoing.