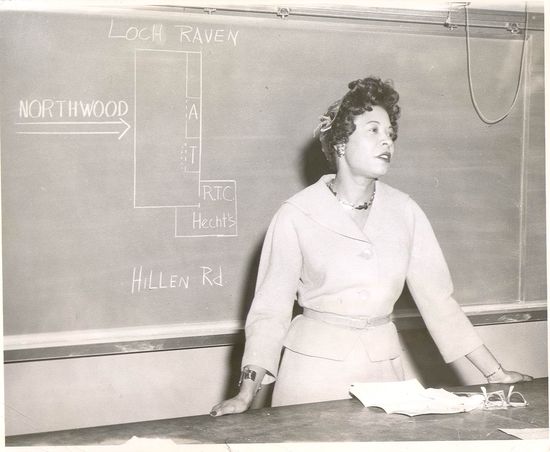 Few events have been as indelibly embedded within the American psyche as the Civil Rights movements and events of the 1950s and 1960s eras of the United States. It was a time of uproar, or protests and demands for equality among all Americans, not just those with a particular skin color.

Daisy Gates was an African-American born in 1914 who suffered a difficult childhood in her native Arkansas. Despite the odds against her, and most others of her race at the time, Daisy was a determined woman who, through a grace of spirit and firm resolve, managed to leave an impact on the Civil Rights movement that to this day is still honored and respected by Americans in every corner of the Union on Daisy Gatson Bates Day.

Most school children are taught, and many adults remember, the years of segregation among people of color, mainly throughout the South. Since the end of the Civil War to the 1950’s there were places where people of color were not welcomed. They could not belong to schools where white children attended, they were forced to ride in the back of public buses, and they were sometimes not allowed in stores, restaurants, and other public places of business. Fighting inequality was the focus of many lives during that era, both among African-Americans, Caucasians, Asians, Hispanics and Native Americans. Daisy Bates, the gentle woman with a beautiful smile, will always be remembered as the staunch supporter behind the Little Rock Nine, a group of nine, young African-American students who made an effort to enroll in the Little Rock Central High School in 1957. Of course, the action caused a major commotion, and the governor of the state called in the National Guard. Emotions ran high and altercations and protests followed until President Eisenhower was forced to send in the Army to keep the peace.

It took many years for segregation laws to erase the divisions between the races, not only in the south, but also throughout the country. Daisy’s efforts in that drive are widely recognized and honored to this day. Daisy Gates also served to institute some of the very first self-help programs for African-Americans in the country, as well as being a leading force behind the improvement of living conditions within African-American communities, not only in her native Arkansas, but also throughout the south.

In February of 2001, the Daisy Gatson Bates state holiday was named in her honor and the third Monday of every February is Daisy’s Day in her native Arkansas, an honor she shares with the presidents. Though Daisy passed away in 1999, her legacy lives on. The street that runs past the Little Rock Central High School, which saw such dissention in 1957, today bears her name in honor of her efforts to provide quality education and living standards for all people. Several elementary schools have been named after her within the state, and around the south as well. Daisy Gates also has the distinction of being the only woman to speak during Dr. Martin Luther King’s infamous march and speech on the steps of the Lincoln Memorial in Washington, D.C. and spoke to the massive crowds gathered after his famous ‘I have a Dream’ speech.

Arkansas is one of the first states in the south to recognize and honor an African-American woman with such a day of recognition. Little Rock, Arkansas is remembered as a focal point of integration and the end of segregation in the United States, and Daisy Gates’ determination, dedication and beliefs are a large part of its difficult, though eventual success.

Daisy Gates is remembered throughout the south as a driving force behind peaceful movements that have changed American history and provided for increasing rights for people of all colors, beliefs and heritage within the United States.