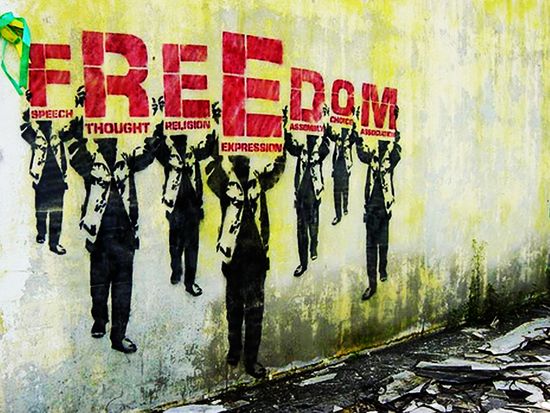 The Gift of National Freedom Day

Every February 1st, the United States of America celebrates National Freedom Day, designed to honor the day in 1865 when President Abraham Lincoln signed a joint resolution by both the House and Senate of America’s government to propose a new addition to the United States Constitution, the 13th Amendment.

The 13th Amendment to the Constitution reads: “Neither slavery nor involuntary servitude, except as punishment for crime where of the party shall have been duly convicted, shall exist within the United States, or any place subject to their jurisdiction. Congress shall have the power to enforce this article by appropriate legislation.”

National Freedom Day celebrates the end of slavery in the United States, a condition that had existed since the first colonies began to sprout up along the eastern seaboard of America. While more slaves existed in the southern states, northern state inhabitants as well practiced slavery. The signing of the document plunged our young country into war against itself, as large slave-holding states in the south felt that no one, not even their northern brothers, should be allowed to tell them how they could live their lives. The amendment was ratified in December of 1865. Nevertheless, the country had remained divided and at war for four long, bloody years. After the war ended, it took many more years, and decades, for the wounds and scars to heal.

Today, every man, woman and child in the United States is a free man, and it is against the law to hold any against his or her will. National Freedom Day was established by a presidential proclamation by President Harry S. Truman on June 30, 1948, though the literal father of the day was a man named Major Richard Wright. Wright, a former slave, dedicated his life to pursuing freedom for all African-Americans from his state of Pennsylvania. As a freed slave, Wright went on to educate himself and become a respected and successful businessman in Philadelphia, nicknamed the City of Brotherly Love. Wright drafted a document with local and national leaders that would forever declare February 1st as National Freedom Day, a time that all Americans, regardless of race or color, could rejoice in the knowledge that every citizen of the United States is free to pursue an education, career, rights and dreams.

While National Freedom Day is not a federal holiday, people of all races within the country nevertheless celebrate it, and schools take the opportunity to instruct students about the Civil War, the Civil Rights Movements, Abraham Lincoln and his daring Emancipation Proclamation as well as the 13th Amendment which guaranteed the freedom of all United States citizens. There is no gift so precious in the eyes of many than is the concept of freedom, and America exemplifies that right. Despite years of observing the practice of slavery, and the divisions that erupted into war, the American people of the Civil War era overcame their difficulties and created new ideas and new ways of living that are still admired today.

The 13th Amendment and National Freedom Day have also served to promote the rights of employees in the United States, and were a major benefit when drafting child labor laws of the early twentieth century. Every American, regardless of age, race or belief, celebrates national Freedom Day with recognition and appreciation for the struggles and determination of our ancestors. Children and adults everywhere celebrate the day with the knowledge that no one in their country will ever be able to legally indenture them or force them to perform tasks unwillingly. National Freedom Day is a day to recognize that everything comes with a struggle, including freedom, but with common sense of purpose and determination, the American people will forever stand united, and free.