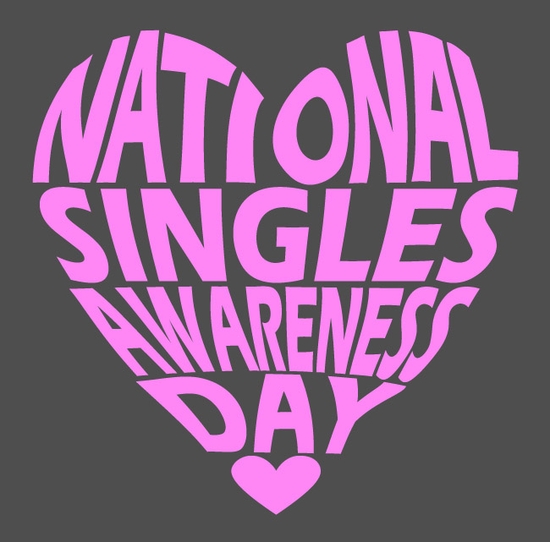 Not everyone is, or wants to be, married or part of a couple, duo or partnership when it comes to the men and women in their lives. As a direct response to the overwhelming promotion and marketing campaigns that occur every February 14th on Valentine’s Day, a new holiday has made its presence known throughout America. Welcome, Singles’ Awareness Day! Celebrated on February 15th, this day is just for singles!

The overriding goal and mission of Singles’ Awareness Day is for people everywhere to celebrate their ‘singledom’ without feeling guilty about it. Parties, get-togethers and special events designed and enjoyed by single people is the focus of this growing trend in American culture, one that places no expectations on anyone to find a soul mate when they would rather be single. For thousands of years, mankind has placed expectations on men and women to find a mate, marry and procreate by the time they’re in their mid-twenties, at the risk of being labeled and words like bachelor and spinster were whispered behind closed doors and matchmaking couples considered it a personal failure if they couldn’t find a match for the unwed men and women in their community.

Today, such expectations are ignored. The glory of being single is celebrated and envied as never before. Developed by single people who have grown tired of being left out of events that typically expect couples to partake, Singles’ Awareness Day is a chance for all those unattached men and women to party hearty. Whether you are looking for a mate or one who likes to be single, such events take the pressure off relationships and lovers and focus on what’s more important… you!

While Singles’ Awareness Day used to be known as SAD, such is no longer the case. Singles today revel in their independence and continue to send flowers and candy and cards to other singles, while at the same time enjoying personal and financial independence. The day has become popular, not only around the United States, but around the world as well, and is celebrated in Japan, China, Taiwan, Korea and all over Europe. In parts of Asia, Singles’ Awareness Day has grown into a protest against extreme and public displays of affection between couples, which many people around the world also commiserate with.  In some locations around the world, the day is also known as Black Day or Quirky Alone Day. All meant in good, clean fun, Singles’ Awareness Day is meant to celebrate a day for those not involved in a romantic relationship. The reasons for any given gathering can range from commiserating on singledom to glorifying in it, depending on your point of view.

An overwhelming sense of humor is behind the driving focus of Singles’ Awareness Day, and provides participants with plenty of laughter and communal support and friendship for those who wish to participate. Regardless of race, language and beliefs, unattached men and women around the United States now have a day to celebrate, or commiserate, their state of un-attachment on this special day. Whether or not Singles’ Awareness Day will ever become a nationally recognized holiday or not is knowledge that only the future will bring.

Until then, millions of Americans can celebrate a day especially designed for them, to recognize the fact that it’s all right not to belong in a relationship. The pressure is off on Single’ Awareness Day, and now offers a day when men and women of all ages can enjoy their freedom and independence as they were meant to, without being pressured by card, floral and candy companies. So whether you’re unattached due to preference or fate, February 15th is your day.