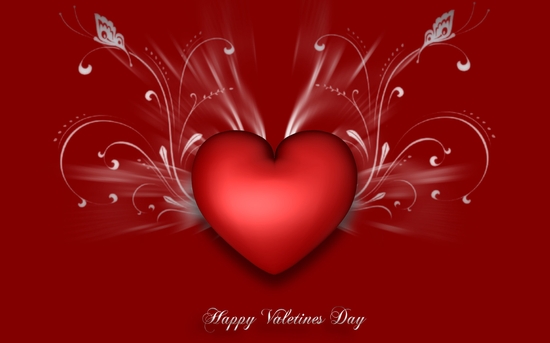 Love is in the air every February, especially leading up to February 14th, officially recognized as Valentine’s Day in the United States and throughout much of the world. It’s a day for romance and the expression of love in many shapes and forms. It’s a day for candy and flowers, for heartfelt sentiments and dreams of finding true love.

Several legends exist which claim to know how the exchange of love tokens and words became known as Valentine’s Day. The first is that during the Middle Ages, it was believed that birds would first find a mate for spring around the middle of February. Others go back even further, to the times of the ancient Romans and Greeks. In one Roman festival and feast, the names of young women and men were placed in a container. The name of one man would be drawn, followed by the name of a woman to whom he was destined to protect for the following year. He wore her name on his sleeve and she became his valentine. This custom generally took place on February 14th.

As time progressed, the exchange of gifts was added to the drawing of names, and later still, it was the male who presented the female with gifts. From this came a custom of sending a greeting or small gifts. Others believe that the celebration was created to honor St. Valentine, a priest who served at a temple in the time of the Roman emperor Claudius. He was very popular, and after the emperor declared that no more marriages were to be performed due to his needs for men in the military, St. Valentine nevertheless continued to unite young couples in the holy state of matrimony. St. Valentine was thrown into prison, where he died, but his spirit to help young couples in love lives on to this day.

The first postal services in the American colonies were inundated with such greetings and cards on February 14th, and over the years the tradition grew until local businesses began to carry collections of pre-designed cards for the young people to purchase for a penny. In the Victorian era, Valentine’s Day became quite the rage, with elaborate cards and parties designed to keep the youth entertained. In the United States, Valentine’s Day has always offered quite a challenge to the postal service, and in the early 1900’s, over a million Valentine greetings were mailed. Candy favors made an appearance soon after, and young suitors offered their ladies sweet concoctions designed to melt their hearts and flowers to encourage their spirits toward the return of such affections. Today, school children as well as adults traditionally exchange Valentine cards, sweets and flowers in tokens of love and affection that has not waned since the first Valentine’s Day was celebrated. Red hearts and white lace doilies make an appearance in supermarkets and card stores throughout the country well before the date, as do tokens of affection such as stuffed animals and trinkets designed to bring a smile to lovers everywhere.

Many American towns and cities host Valentine’s parties and get-togethers, complete with decorations, beverages and foods from all over the world. Valentine’s Day in America is a time to cherish those close to your heart. It’s a time when matchmaking between couples heats up, as do blind dates and others in search of their soul mate. Valentine’s Day is a time for couples and those hoping to find their better half, and Cupid and his arrows aimed at the hearts of unsuspecting, but potential, lovers, flit around with reckless abandon. Valentine’s Day is set aside for romance and togetherness between couples of all ages, a day when love is truly in the air.