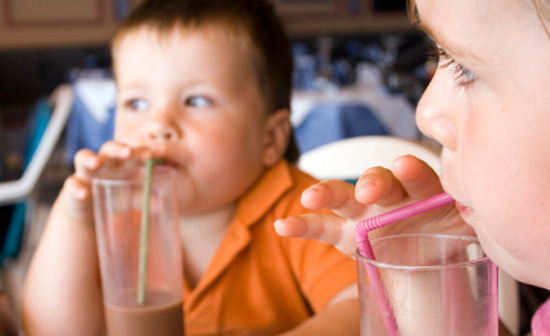 Those of us who don’t like chocolate are few and far between. The amazing taste of the cacao bean was discovered 2,000 years ago in the rainforests of the Americas. The ancient peoples of Mexico and Central America mixed the ground beans, found in the pods of the cacao tree, with other seasonings to make a frothy and somewhat bitter drink. Drinking chocolate was an important part of the lifestyle of these civilizations, much as coffee drinking is to modern times. Spanish conquistadors took the drink back to Europe, where it quickly became a favorite, so much so that native Americans and Africans were enslaved to farm and produce the beans. Over time, other concoctions using cacao were created. The popularity of the chocolate flavor gradually spread throughout the world, evolving into new textures and items that are now enjoyed by countless numbers of people.

The creation of chocolate milk is credited to Sir Hans Sloane, a British physician and collector. That gentleman discovered chocolate while practicing medicine in Jamaica in 1689. There the locals drank cocoa mixed with water. The good doctor is said to have found the drink disgusting, and devised a way to mix cocoa with milk to make the taste more pleasant. Upon returning to England, Sloane brought his recipe with him, and it was later dispensed by apothecaries for medicinal purposes. By the 1800’s, tins of Sloane’s “drinking chocolate” were being sold by the famous Cadbury brothers.

Chocolate milk is one of those simple pleasures in life that can be enjoyed by young and old alike. It can also cause major problems if it happens to come in contact with your favorite white shirt or little Johnny’s best khaki dress pants. This is because milk contains natural lactose sugar and fats, while chocolate syrup contains sugar and cocoa powder (with cocoa butter proteins). When combined, these two create a powerful stain punch.

To combat a nasty chocolate milk stain, move quickly. Grab some paper towels to blot up the excess and try to prevent a larger stain. Keep pressing a clean towel against the fabric to pull out as much moisture as possible. Next, wet a sponge with cold water (it’s very important that the water temperature be cold, otherwise you will help to set the stain) and wipe the wet stain over and over. Blot with a clean paper towel, and repeat.

Because milk and chocolate are organic, they should not be cleaned with chemicals and other non-organic cleansing agents. This will actually “cook” the stain onto the material, making removal much more difficult, if not impossible.

Another trick is to use a bit of lemon juice. Sprinkle the juice on the stain while the fabric is wet, then lay it in the sun. The juice and sun will work together to lighten and brighten stubborn organic stains. This will not be as effective if the stain is old or has been treated with chemicals which cooked it into the fabric.

Now even if the chocolate milk wins, you can rest easy knowing you’ll soon be able to get your stain-free groove on.