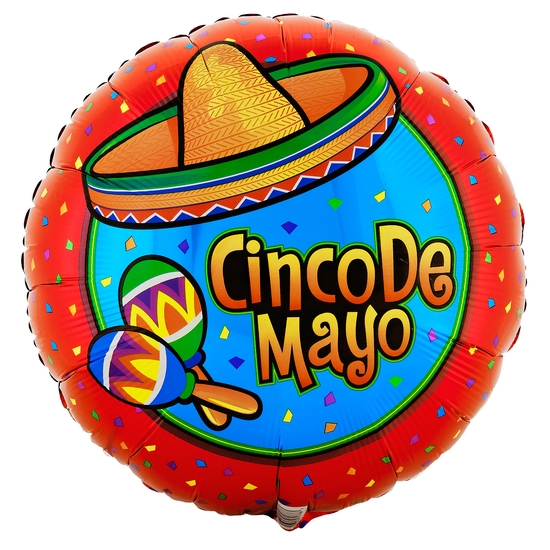 The United States of America, with such a close neighbor to the south as Mexico, has a history of ties with the country that go back hundreds of years. Mexico used to lay claim to much of the southwestern United States as well as California, and so their heritage is sometimes mixed inexorably with our own. Cinco de Mayo is a very important holiday in Mexico, and one that is celebrated both north and south of the border. While not exactly their Independence Day, like the fourth of July is to Americans, May 5th is the anniversary of a time when Mexico successfully, though briefly, repelled the invasion of French rule into their country.

Back in the 1860’s, Mexico owed money to several countries, including Spain, France and England. These three countries grew tired of waiting for reimbursement and decided on a joint venture to ‘strongly recommend that Mexico make good on her debts.’ The fleets of this combined effort appeared in Vera Cruz, and while the ships from England and Spain left shortly thereafter, feeling that their threat had made its intended impact, those from France remained. However, the French decided that they no longer cared about the repayment of loans, and decided to start a war instead.

On May 5, 1862, two thousand soldiers under General Zaragoza met the foreign forces and ultimately drove away almost six thousand French soldiers. Overjoyed by the rather unexpected victory, Mexican citizens changed the name of the site to Puebla de Zaragoza in honor of their general. Ever since then, no matter where they are, Mexicans honor the fifth of May and celebrate the day with parades and songs and storytelling.

Especially in states with heavy Latino populations such as California, Arizona, New Mexico and Texas, the day is rife with music and parties. The Mexican flag of red, white and green is flown from houses and neighborhood businesses and children and adults perform special Mexican dances in streets while dressed in traditional and colorful clothing. In Los Angeles, California, many celebrations start on the steps of City Hall, with both American and Mexican bands playing together. Mexican congressmen make speeches and a portrait of General Zaragoza is displayed in prominent position while the red, green and white flag of Mexico flies beside the red, white and blue of the United States. Millions attend what turns into a giant street party and festival, with men, women and children performing various dances in traditional Mexican attire, enjoyed by both Mexicans and their Caucasian neighbors.

One of the biggest traditions of the day, especially in Los Angeles, is the celebration that occurs on historic Olvera Street, near the old city plaza. Foods, dancing, games and merriment generally keep everyone entertained well into the night hours, and laughter and Mexican music keeps the party going. In addition, banquets at nearby historical hotels in downtown Los Angeles receive and entertain guests of prominence from both sides of the border, with black tie dinners and speeches.

Cinco de Mayo is honored and recognized in America as well as Mexico, for Americans respect and understand what fighting against oppression means. Independence is deeply ingrained in American souls and anyone who fights for their freedom from foreign occupation is to be honored and respected. Despite America’s own war with Mexico for territories in the early 1830’s, Mexico’s efforts to remain a good neighbor and an independent country has earned the respect of Americans for generations, and Americans around the country stop what they’re doing to help Latinos in their communities to celebrate their struggle for independence. While Cinco de Mayo is not recognized as a national holiday in the United States, it is observed as a time of celebration and brotherhood with our closest neighbor to the south.