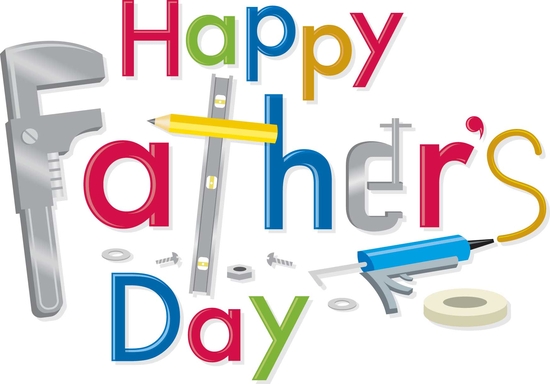 The third Sunday in June of every year is set aside to honor fathers all across the United States, whether they’re new to fatherhood or already a Grandpa. It’s a day when the male head of the household gets to be ‘King for the Day’.

After church services, during which the state of fatherhood is often touched upon, Dad’s everywhere can expect to go home, be waited on hand and foot and treated to a special dinner… well, some fathers can. Others, especially raising children by themselves, celebrate in other ways, even if it’s just to stare at their children and smile. Father’s Day doesn’t have to mean fancy dinners or cards; it can also be recognized in a child’s smile or a tiny hand holding onto your little finger.

No one really knows who started the concept of Father’s Day; though some believe that it originated with a certain good woman from West Virginia who thought that setting aside a day to honor fathers was a good idea. At her request, a special Father’s Day service was conducted at her local church in 1908. Another young woman from Florida wrote to her state governor asking that he proclaim a Father’s Day. Regardless, it seems that a number of like minded women felt that fathers everywhere needed to be officially recognized for their parts in raising children, providing for the family and generally trying to keep order in households across the nation, to varying degrees of success. However, it is generally accepted that a woman in Spokane, Washington was the driving force behind such a declaration, after she petitioned her local minister to ask congregational members of her church to select one Sunday in June to remind churchgoers of the “appreciation owed to fathers.” Mainly remembering her own father and his sacrifices on her behalf, this woman asked that the day be celebrated on her late father’s birthday, hence the date. On that first Father’s Day, on June 19, 1910, local newspapers ran the story. During following years, neighboring communities also observed the day, but it wasn’t until 1924 that President Calvin Coolidge suggested that the day be recognized and honored throughout America.

On Father’s Day, fathers are gifted with t-shirts, ties, bathrobes, pipes and whatever else tickles the fancy of children offering their own idea of thanks for their Dad’s. School children make crafts geared to please, from homemade cards to clay ashtrays and table decorations. Older children often make a gift for Dad as well, whether it’s a crocheted pair of slippers or a knitted sweater, the gifts and mementoes always appreciated, even if they’re the wrong size, color or shape. Gifts of pipes and cigars have long been traditional throughout the history of Father’s Day, though these days, more health conscious fathers receive gift certificates to gyms and golf courses. But our favorite is a t-shirt that shows how much you love your dad or maybe a funny novelty shirt to make him laugh.

Father’s Day also allows fathers everywhere to reflect on their own task of providing examples and lessons for their children, and also to remember that they’re not in this business of raising children alone. Millions of fathers throughout America all face moments of self-doubt or uncertainty, but being a father never came with an instruction book. Every father raises his own children to the best of his ability, and mothers and children take this very special day to recognize that fact.

Father’s Day is a day when a Dad is given the freedom to while away his Sunday doing anything he pleases, even if that means sitting in the recliner watching television all day long. On this day, no one minds if Dad stays in his bathrobe or tinkers in the garage or stays out golfing from sunup to sundown. It’s Father’s Day.