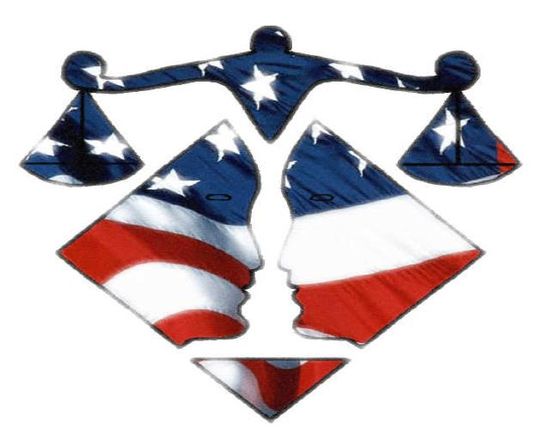 First observed during the later part of the 1950’s, Law Day was created by the American Bar Association of lawyers to create more attention to the concepts of the practice of law and law principles.

In 1957, the president of the American Bar Association suggested a day be set aside to recognize and honor America’s unique justice system. President Eisenhower took the initiative to promote American’s history of equality of all under law and made the proper requests to congress that such a day be recognized. In 1958, President Dwight D. Eisenhower proclaimed that May 1st, which is also known as International Worker’s Day in America, would be recognized and remembered as being Law Day. In 1961, a joint resolution of Congress officially named May 1st as Law Day U.S.A.

Because Law Day is not a federal holiday, it’s usually celebrated only by those involved in the practice of law, such as lawyers, judges and court employees. Many people within the United States continue to be unaware of it as an officially recognized day in recent American tradition. For the most part, lawyer’s associations in communities around the country generally hold a luncheon and listen to speeches offered by lawyers, prosecutors, public defenders and judges who discuss anything from court cases to laws to the basic rights offered and illustrated within the Constitution. In some areas, lawyers, judges and court officials like clerks, bailiff’s and court recorders, often visit local schools to talk about their careers and their job descriptions. It’s a day when prosecuting and defense attorneys can illustrate the need for unbiased and equal rights for all within the court of law and that all trials are held to the same standards.

It’s long been accepted that the date of May 1st was selected by President Eisenhower was based on national concerns and fears during the Cold War years, when anti-communism sentiment and labor movements were increasing throughout not only the United States, but around the globe. The late 1950’s were a time when fears of nuclear war prompted people to build bunkers in their back yards and school children were taught to quickly find cover under their desks in the event of a nuclear attack by communist forces. The first of May was also known by many labor movements and those with communist sentiments as May Day, and it is believed that President Eisenhower sought to deflect attention from those activities with the selection of May 1st as the American Law Day, which supports the foundations that this country was built upon, namely that everyone would find, within the law system, unbiased equality and the right to a jury of their peers to decide their fates.

Today, lawyers and attorneys observe Law Day as a day to remember that America’s justice system is different than most other legal systems throughout the world. In many parts of the country, law organizations, in addition to businesses and school districts, gather for assemblies and luncheons where the principles of law and justice are discussed, and sometimes argued. The rights of Americans everywhere to agree or disagree with justice system policies and procedures often serve to perpetuate reforms and changes within the American justice system that ensure that all American citizens have rights when facing prosecution in courtrooms across the nation. The preservation of fairness and equality within the law profession is taken seriously by Americans, and under their careful and watchful eyes, laws continue to provide firm support to the basic foundation that courtroom procedures are formed upon: A man is innocent until proven guilty, and not the other way around. The recognition of Law Day, while not an official holiday, has become a tradition in America, honored by those within the American justice system.

← What Is Leif Erikson Day
What Is Kwanzaa →
Scroll Up