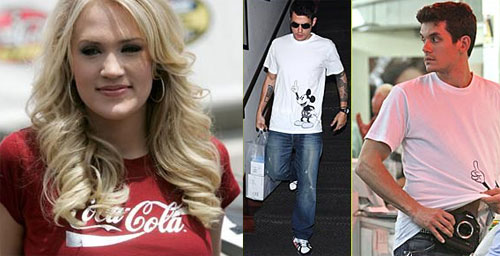 Over the past couple weeks a couple celebrities have been spotted wearing t-shirts of a few of the biggest corporations in the world. Country star Carrie Underwood was spotted wearing a Coca-Cola t-shirt while shopping for baby clothes at Sunset Plaza in Los Angeles. John Mayer was also spotted wearing a Disney branded Mickey Mouse t-shirt. Via Just Jared & Spoonkit.