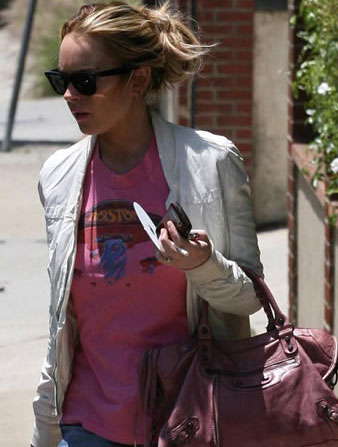 Lindsay Lohan was spotted in Hollywood last weekend wearing a bright pink t-shirt of band Boston. For those of you too young to know Boston is a rock band from Massachussets who rocked the 1970s and 1980s and sold over 50 million albums. Popular Boston songs still play the radio that include “Smokin”, “More than a Feeling”, Peace of Mind” and “Don’t Look Back”. Check out the offical Boston web site or read a brief Boston biography. Photo Via: Celeb Slam

← What Is T-Shirt Weather?
How to Recycle Your Old T-Shirts →
Scroll Up