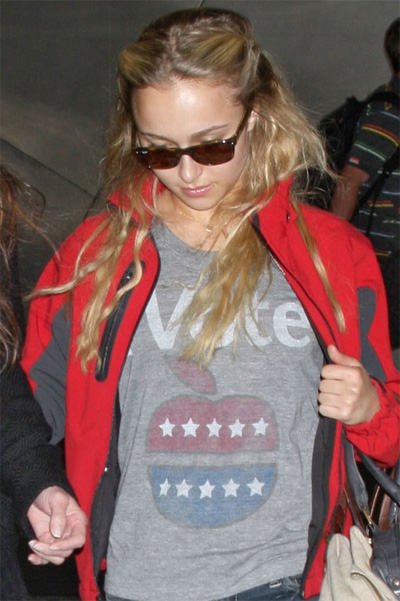 Heroes star Hayden Panettiere was spotted in London wearing a heathered grey t-shirt with Vote in big letters along with what appears to be a patriotic apple computer logo. Is Hayden a Mac lover or does she want you to vote in your local or presidential election? Via: Just Jared