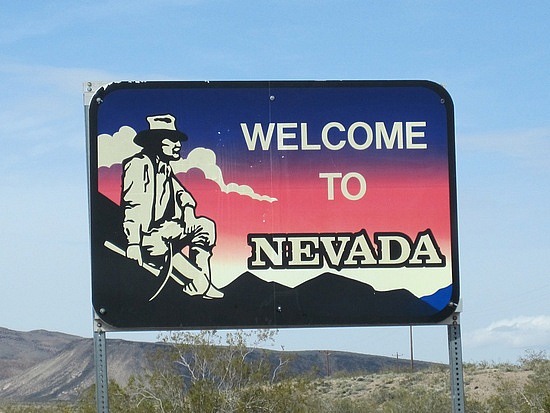 The state of Nevada is one of many that celebrate its admission into the United States. Nevada was admitted to the Union on October 31, 1864. As such, the ‘Silver State’ celebrates with parades and events that can match few others around the United States.

Carson City, the state capital, hosted the first ever celebration in honor of the day on October 31, 1889, upon the twenty-fifth anniversary of Nevada’s becoming the 36th state, and has continued to do so ever since. In 1891, the first governor of Nevada signed a bill that stated that ‘No court business was to be transacted on Admission Day’, which was what they called the date. Carson City, as well as nearby Reno, celebrated in grand style for the times. Because the state population was spread out, local celebrations and events were not common until well after the turn of the century.

During the early years following statehood, several attempts were made to officially designate a date to honor the inclusion of Nevada into the United States of America, including a huge effort in 1908 by the State Federation of Women’s Clubs in Reno. They went so far as to pass a resolution calling for a legislative bill, but their efforts failed.

In the early part of the 20th century, the celebration of Nevada’s admission into the Union would have been considered boring to entertainment standards today, but in 1914, the nonofficial day was observed by a free public tour of Reno’s States Historical Society, where the focus of attention was on a Civil War era Gridley sack of flour.

Such efforts to institute a state holiday didn’t pay off until the 1930’s. The first official observance of Nevada Day, as it is now called, was not celebrated until 1933, when that year finally saw the efforts of generations of Nevadans to see an official day set aside to recognize and honor Nevada’s official status. However, the day produced lackluster efforts until, in 1938. The size and popularity of future Nevada Day celebrations has continued to grow in size. The second Nevada Day event in 1939 drew almost 40,000 citizens from around the state to celebrate its 75th Anniversary, and Native American Indian tribes from surrounding areas also participated in the event. Since then, Nevada Day has become one of the biggest celebrations in the state.

Over the next two decades, Nevada Day continued to draw more and more people to its events, but not until the popular television show, ‘Bonanza’ aired, did Nevada see the huge influx of celebrants, both native Nevadans and those from other states. The saga of the weekly television show about the Cartwright family, who owned the famous Ponderosa ranch on the outskirts of Carson City, brought Nevada into the national spotlight every week. Their yearly Nevada Day parade in 1964 made parade marshals out of the stars of the immensely popular show, including Lorne Green, Michael Landon and Dan Blocker. That year, nearly 70,000 people were either in attendance or watched the parade on local television channels.

Nevada Day and its parade and celebrations have become a tradition in Nevada, and school children are taught their exciting and unique history as the Silver State. One of its favorite cities, Las Vegas, is now the focal point for another famous television show, CSI, which continues to throw the spotlight on the illustrious state. Nevada continues to see an influx of inhabitants as its dry, warm climate beckons to those from colder climes.

Over the years, the Nevada Day celebrations have gained national attention, and travelers from across the United States venture to the Silver State to help her celebrate her very special birthday every year.