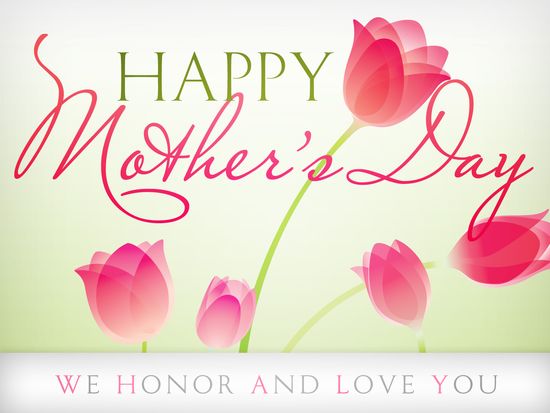 Remember Her on Mother’s Day

Mother’s Day is celebrated on May 13th of every year. It’s a day to honor and recognize the state of motherhood throughout the United States. Mothers who nurture and raise their children to the best of their abilities don’t particularly desire recognition for doing so, but Miss Anna Jarvis thought differently in 1907. A Philadelphia native, Miss Jarvis thought it would be nice for people everywhere to recognize the hard work and dedication it takes to be a mother, and organized a special mother’s church service in May of that year.

While mothers around the world know that child raising is a labor of love that lasts a lifetime, the idea was a popular one and every year, more churches and more towns observed the day that reflected to mothers everywhere that their efforts were indeed appreciated. By the spring of 1911, most states within America celebrated the day in one form or another, and the idea quickly spread around the world.

The celebration of Mother’s Day knows no boundaries, no race, creed, social status or belief. Mother’s everywhere bear and raise their children with love and patience, a sometimes strong hand and plenty of compassion. In late 1912, a Mother’s Day International Association was created in order to help spread the word about this most wonderful of days, though it wasn’t really necessary in the United States. On the second Sunday in May, mothers everywhere were regaled with breakfast in bed by husbands and children, or treated to gifts and hugs and kisses galore. In 1913, the House of Representatives adopted a unanimous resolution that asked the President, his cabinet and all the senators and representatives, in addition to all federal government employees, to wear a white carnation on the second Sunday of May every year. In 1914, the day was officially designated as Mother’s Day by President Woodrow Wilson, as a “public expression of our love and reverence for the mothers of our country”.

The wearing of white carnations was also adapted to reflect the memory of mothers who had passed away, so it became a custom for those whose mothers were still living to wear a red carnation, while the others wore white. Children everywhere make special cards and gifts for mothers on Mother’s Day. In the 1950’s, one of the most popular gifts for school children to make their mothers was an imprint of their hands in clay, which would then be decorated and given as a ‘thank-you’ in recognition for unerring dedication to duty and love. These days, mothers are treated to specially made dinners or a night out for an evening of fine dining and other entertainments. Celebrating Mother’s Day is a private affair for most families, and each one has their own traditions and ways of celebrating the special day.

Families get together and children come home from long distances to celebrate the special day. On Mother’s Day, a mother, young or old, is the center of attention and, if they’re lucky, spoiled mercilessly. The efforts of mothers are extolled and praised, their sacrifices recognized and their selfless and unending attention to their young used as an example for future young mothers. As the years passed, health organizations took advantage of the extra attention given to mothers to promote women’s health issues, especially in health during pregnancy.

Mothers have been around since the dawn of man, and while many husbands and children recognize the efforts of wives and mothers, Mother’s Day serves a reminder to all that whether a stay-at-home Mom or a woman with a career, a mother’s efforts to raise healthy, happy children is a need, and a goal that can never be matched by anyone else.