Alexa Chung is launching her own reality TV show that is focused on cheap clothes and sweatshops. The show will review the issues that factory workers in Asia face. The TV presenter and former model will set up her own sweatshop in Covent Garden, London. Though the show will be filmed in London they will be recreating the conditions of Asian factories. The show will be called Dress For Less will and will follow 15 volunteers who will work 60 hours a day over five days to see what happens. According to Chung “I wanted to experience the reality of conditions in some of the Asian factories that supply our retailers – and it’s an eye-opener.” Via Mirror.uk & Female First. 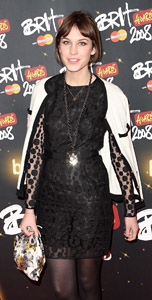 Sovrn
anti-sweatshop t-shirtsT-Shirts in the News