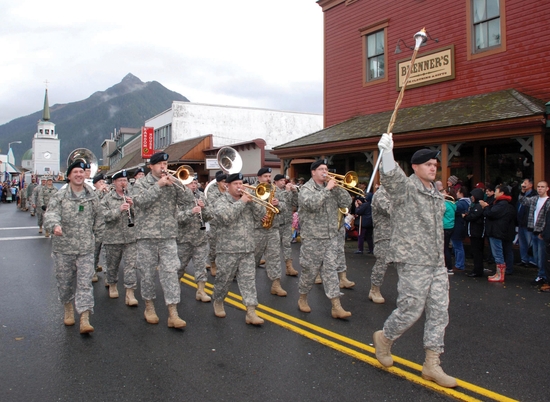 Few states within America have such a wild and illustrious reputation as Alaska, and one of the state’s most popular holidays is Alaska Day, the day that commemorates the transfer of Alaska from Russia to the United States territories on October 18, 1867.

Celebrated in Sitka every year, Alaska Day is a day filled with history and tradition, a celebration that honors diversity among its varied inhabitants and heritage. In 1867, the Alaska territory was officially ceded to the United States from Russia, and the documents were signed, sealed and delivered on March 29 of that year as United States Secretary of State William Henry, under President Andrew Johnson and Baron Eduard de Stoeckl, the Russian Minister to the United States, completed creation of the draft that was to prove so beneficial to America.

Sitka is the town where the illustrious event took place and continues to be the site of modern day celebrations that remember the event, keeping the history of Alaska alive and thriving in the minds of generations after its passing. Many people don’t know that the purchase was a steal at a mere two cents an acre, but Russia seemed happy with the purchase price and it was something that President Johnson could not pass up. Today, millions of Alaskan natives remember the day, though during the years immediately following the transfer, no one seemed to think it was such a big deal. The first celebration honoring the transfer was held in 1949. The day serves to not only remember the transfer of loyalties, but also the indomitable spirit that American pioneers were made of. Alaska was a land of harsh extremes and difficulties, but it is on one of the most beautiful states in the Union.

In 1954, the Alaska Day Festival became a non-profit organization whose mission and focus is to perpetuate the annual celebration of Alaska’s American birthday every year on October 18th. Millions of Alaska natives celebrate their heritage, culture and traditions, blended from immigrants from throughout the world as well as Native American tribes who made Alaska their home hundreds of years before the first white settlers stepped foot in the state.

Every year, the Alaska Day festivities grow in size and popularity, and people from around the United States venture to the still wild country to experience a bit of Alaskan flavor for themselves. Alaska has long been known as the ‘Last Frontier’ of the United States, and its millions of miles of wild lands, animals and vast wildernesses make it easy to understand why.

The day is celebrated in Sitka with parades and special civic events. Men are encouraged to grow beards during the week’s preceding the celebrations, and women to dress in 1867-era clothing to commemorate the special day in Alaska’s history. The festive events run for several days and include costume balls, concerts and performances from troupes and clubs from around the United States. The U.S. Army band has long made it a tradition to attend the festivities, and other military branches strut their stuff with demonstrations and reenactments of the transfer that took place just two years after the conclusion of the War Between the States.

Alaska Day festivities are a time-honored tradition in Sitka, and generate interest from politicians and inhabitants from far and wide. The reenactment of the transfer between Russian and American representatives is observed on Castle Hill every year, a tradition that serves to implant the love of history and pride of spirit of Alaska in everyone in attendance, whether they are an Alaskan native or not. Alaska Day is an event that has, and always will, perpetuate a great moment in American history for both natives and American citizens in the ‘Lower Forty-eight’.