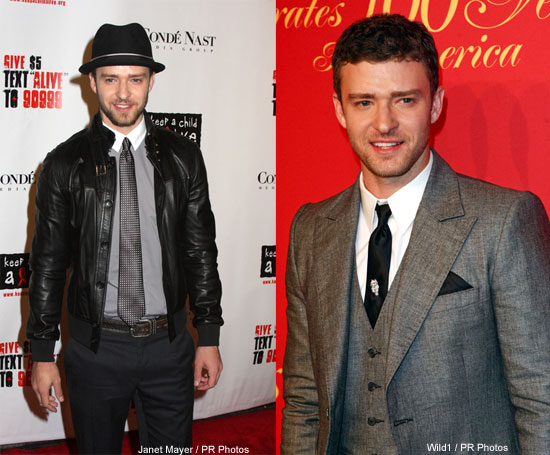 Justin Timberlake prides himself as being a trend-setting dresser among his peers. In addition to sparking some of the trends often seen on young Hollywood star, he also has his own clothing line. To get started wearing Justin Timberlake’s look, take a look at his clothing designs, called William Rast. The clothing line is mainly known for its high-dollar jeans with a V mark on the back pocket. The line also has jackets and many styles of tops to choose from.

To get further into Justin Timberlake’s personal style, start wearing some of the trends that he made famous. One of the things he is proud of doing is starting the trucker hat craze that swept Holly wood and then the rest of the country. Look for a trucker hat when any saying on it, particularly vintage hats that have John Deere or other commercial logos on them. Pair the trucker hat with a pair of faded jeans and a vintage t-shirt for a complete Justin Timberlake look.

If the trucker hat look isn’t something you’d like to wear, try wearing a fedora instead. A short-brimmed fedora in either a dark color or in white or beige will evoke the famous look that Justin Timberlake has been wearing for years. He often pairs a dark fedora with a hooded shirt or a t-shirt. One of his famous looks is a white fedora that is worn with a white suit. To get this look, pair a thin black tie with a white suit, complete with a white vest. Then, top it off with a white fedora with a black band over the brim.
Justin Timberlake is often seen wearing designer jeans with a t-shirt and a hooded sweatshirt over it. This is a casual look that he seems most comfortable in, and wearing this outfit is an easy way to get his everyday look.

No matter what he has on, Justin Timberlake is wearing sneakers. Whether he’s wearing one of his suits, a stage outfit for performing or one of his casual outfits, he always has on a matching pair of sneakers. To get his style, just keep up with the very latest sneakers and make sure the color goes with your outfit. Stock up with dozens of pairs and wear them with everything.

Justin Timberlake has always been a big fan of vests. They dress up otherwise casual outfits and make dressy outfits look more interesting and unique. Justin Timberlake wears vests over t-shirts, over sweatshirts and always wears them with his suits. One of his dressy looks is to wear a thin, straight tie in black or navy blue and to pair it with a gray vest and a pair of dressy pants. Sometimes the pants match the vest and other times he chooses pants that coordinate but that aren’t the same color. If you were to pair this look with one of Justin Timberlake’s trademark fedoras, there would be little doubt that it’s Justin Timberlake’s style you’re emulating.

← How to Dress for My Body Type
Are T-Shirts With Leather Jackets Fashionable? →
Scroll Up