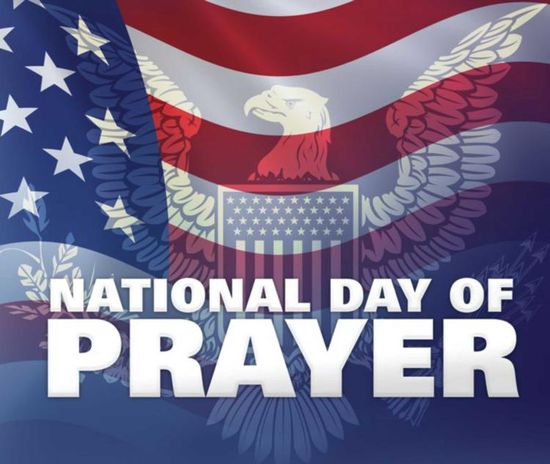 Did you know that throughout the United States, National Day of Prayer is celebrated by every state in the Union by people of different races, religion and creeds? National Prayer Day has been celebrated and practiced since 1952, when President Harry S. Truman signed a joint resolution of Congress that supported the coming together in prayer for all Americans. National Prayer Day was practiced long before that, however. In times of national crisis or strife, our Founding Fathers felt that community support was needed, and so in 1775, the first Continental Congress called for a National Day of Prayer. The Continental Congress asked the infant nation to pray for wisdom and guidance in forming our Declaration of Independence and through the years of struggle ahead. During the War Between the States, President Abraham Lincoln also called for a National Day of Prayer to help hold our great nation together and in 1863, Lincoln asked citizens of our divided nation to pray for our common good. More recently, in 1988, President Ronald Reagan officially designated the first Thursday in May as National Prayer Day.

The United States of America was founded on faith, and it’s the freedom to practice that faith within both Christian and Judean belief systems that keeps America strong. A National Day of Prayer serves to show the world that despite diversified cultures, backgrounds, beliefs and races, Americans are free to not only worship as they choose, but also to gather, pray and exercise the Freedom of Speech granted by our forefathers over two hundred and thirty years ago.

Ever since our Founding Fathers wrote that all religions and creeds should be freely practiced in the United States, public prayer and the National Day of Prayer has been accepted and practiced in our country. Such a holiday serves to remind all Americans of our heritage and our ability to pray as we see fit. People of all faiths participate in the National Day of Prayer, including Christians, Jews, Moslems, Taoists and Buddhists, just to name a few. That’s the legacy of a National Day of Prayer. Coming together to worship as each individual sees fit in order to pray for the greater good of a country is an American tradition that has withstood the test of time and trial. It’s a day to celebrate an entire nation coming together as one, to bend our heads in prayer for the common good of all its inhabitants. Every year on National Prayer Day, events organized at city, county and state levels unite to participate in events from sunrise to sunset. Demographics and politics don’t matter, nor does socio-economic levels. In 2006, more than two million people attended more than 40,000 National Day of Prayer events throughout the United States. An additional 40,000 volunteers planned and staffed those events, proof that prayer is still a common uniting factor in this country despite different beliefs and creeds. People everywhere stopped what they were doing and paused for several moments of private prayer, participating even if they didn’t make it to a local National Day of Prayer event.