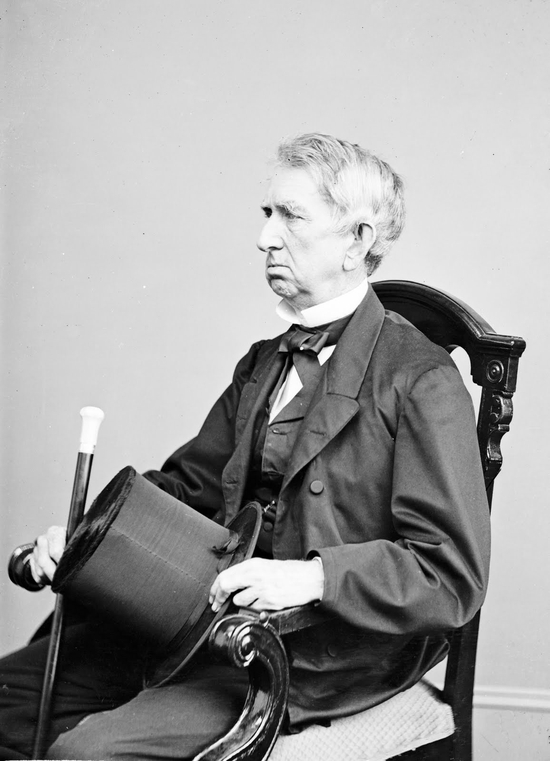 Before reading any further, keep in mind that Seward’s Day is not to be confused with Alaska Day. While the two days and events are connected, native Alaskans know the difference.

Alaska Day is celebrated every year on October 18th, as a celebration of the formal transfer of Alaskan territories to the United States in 1867. Seward’s Day, however, is a day that honors the signing of the Alaska Purchase Treaty, which took place on March 30, 1867. Seward’s Day is given special distinction in Alaska, for it was Secretary of State William H. Seward who negotiated the purchase of Alaska from her former Russian owners. As such, Alaskans honor and revere the legacy of Seward’s efforts and negotiations, as the State of Alaska is one of America’s greatest pride and joys. Today, Seward’s Day is celebrated throughout Alaska on the last Monday of every March.

Seward’s Day is not marked by huge parades and civic events, but every Alaskan knows the history of their state and discusses it with friends and neighbors wherever groups of people congregate. School children are taught the illustrious history of the Russian-American negotiations, and often reenact the event in school plays.

The odd thing about Seward’s negotiations with the Russians was that neither party seemed particularly interested in the deal. Russians were not too keen on selling and the United States government seemed rather lackluster in purchasing such a great amount of property, especially one as wild and isolated as the Alaskan wilderness. In the end, the United States Senate only approved of the purchase by one, solitary vote. If that Senator had not voted in the affirmative, Alaska could very well be Russian territory to this day. Charles Sumner, Senator for Massachusetts, cast the deciding vote and suggested that the forbidding wilderness be called, ‘Alaska’. The name stuck.

Seward had served under President Abraham Lincoln until his assassination, and had even run against him during the 1860 election campaign. He remained in his position as Secretary of State under Lincoln’s successor, Andrew Johnson. The night Lincoln was assassinated, other targets had also been singled out, including Seward, the Vice-President, and the Secretary of War. The only one actually injured was Seward, who at the time Lincoln was assassinated, lay in his bed recovering from a carriage accident several days before. Attacked in his bedroom, Seward was slashed with a knife after his assailant’s pistol misfired. He bore the scars of the attack for the remainder of his life.

Westward Expansion took America storm during the years following the Civil War, and wild, open territory seemed ready for the taking. Manifest Destiny, the belief that America would one day reach from the Atlantic to the Pacific, propelled Seward toward a ‘once in a lifetime’ chance to perpetuate that dream. The Russian with whom Seward negotiated, Edouard de Stoeckl, was very familiar with Americans and American culture, having represented Russia in the United States for a quarter of a century.

After a bit of haggling and arguing, the two men, along with their aides and secretaries, finally drafted an agreement that allowed for the United States to purchase the Alaskan territories for a little more than seven million dollars, which worked out to a mere pennies per acre.

In the early days after the purchase, Alaska was known by several names; Seward’s Folly, Seward’s Icebox and even Walrussia. It took quite a while for the United States to actually pay for the land, but eventually, America owned the territory free and clear. Despite the difficulties of the negotiators and the lackluster support of the United States Senate in 1867, Alaska has since become a beloved part of American history. Her territories, characters and landscape have offered a colorful and wild past in the fabric of American expansion and lifestyles that continues to this day. In 1959, Alaska finally became an official state within the United States of America.