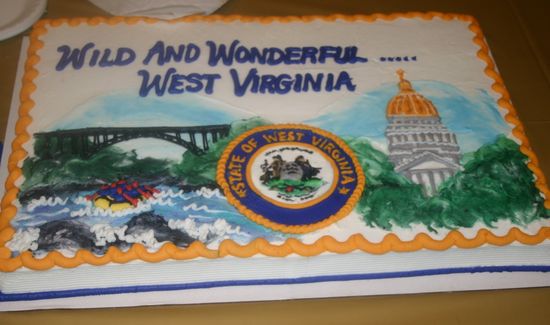 Most states within America have different birthdays and are celebrated throughout the year in different ways. West Virginia has a birthday, but it also celebrates other special events in the course of its long history. West Virginia Day is one of them. More than just a birthday for this state, West Virginia Day celebrates not only its birth, but also its right to decide the course of their future by themselves; a day that serves as historically important as well as defining their purpose and future legacy.

West Virginia Day is celebrated every June 20th in West Virginia. The anniversary celebrates the day in 1863 when the state of West Virginia was officially ‘born’ and admitted into the United States of America as its thirty-fifth state, during the midst of the Civil War. That may not seem odd to most people, but for the most part, most of the state of Virginia had seceded from the Union and joined the Confederacy at the outbreak of the Civil War. Virginians, however, were divided in their loyalties, and laying in the middle of the Mason-Dixon line, it is no wonder that families and neighbors were split on the issue of whether they supported the North or the South in this Civil War. The area of Virginia that is now known as West Virginia decided to join the Union while the majority of the rest of Virginia joined the South. Wanting to determine their right to decide for themselves and to declare this pro-Northern area a separate state, politically and civic-minded leaders from several counties urged Washington government representatives to create for them a new state. After two long years of haggling and fence sitting, West Virginia was admitted to the United States on June 20, 1863.

For the next sixty years, West Virginia celebrated their day of decision informally, but the day became an official state holiday in 1927, and has been celebrated with parades and festivals ever since. Children in countywide school districts learn about the unique history of their state and celebrate the day with plays, stories and readings of famous West Virginians. Parades, festivals and local civic events serve to remind every county within the state of their unique heritage.

West Virginia is known as the land of coalmines and tree studded mountains. Its history is studded with events that, for non-natives, are generally unknown. The first free mail delivery service started in 1896 West Virginia, though their very first post office was not created until 1972. It was also the first state to initiate a state tax on goods, way back in 1921. It is home to Organ Cave, the third largest in the United States, as well as to the Golden Delicious apple, which originated in Clay County. Much of the stone that was used to build the Washington Monument, located in Washington D.C., came from a quarry near Hinton.

West Virginia is tucked away in the rolling mountains of the Allegheny Mountains, a land of proud people. West Virginians live in towns or scattered in various nooks and crannies found in the thousands of miles of tree studded mountains and hills that cover most of the state. With a state population of almost two million people, inhabitants of the state enjoy celebrating the birth and independence-minded history of their state with local and statewide festivities that serve to remind not only West Virginians, but other American states as well, that the right to choose their own path is a God given right. The ability to make such as decision as to split from their mother state and create their own is an example of American spirit and fortitude that is seldom allowed or recognized in other countries around the world.

← What Length Dress to Wear
What Is Victory Day →
Scroll Up