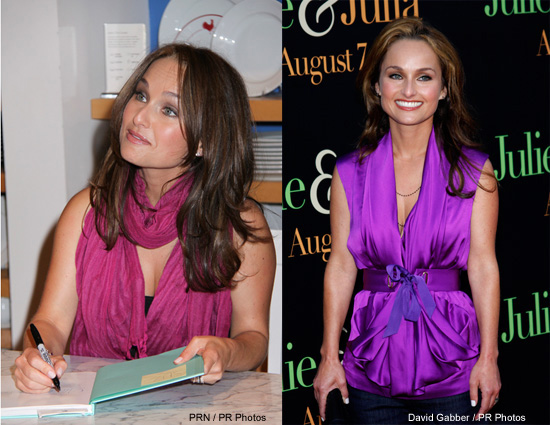 Anyone who is a fan of food and the Food Network knows who Giada De Laurentiis is. Along with having several shows on the Food Network such as Everyday Italian and Behind the Bash, she is also a frequent guest on CBS’s Today. She has a style that is all her own and is always dressed in fun outfits that are very down to earth. Because she is so down to earth and easy to relate to it makes sense that many women want to dress like her. While many starts are hard to emulate these days, De Laurentiis is not.

De Laurentiis has the rare ability to look dressed up even when she really isn’t. Here is how she does it:

•    Skirts and Dresses: At almost all times you can catch De Laurentiis in a skirt with a very sensible top or a full length dress that is nice but not too nice. She tends to stick to darker colors when it comes to full length dresses and seems to gravitate towards black or blue. Sometimes she will accent the dress with a multicolored jacket that she will leave unbuttoned. When she is wearing a skirt, she usually wears a darker color as well and will wear a dark colored top with it.

•    Formal: Because De Laurentiis likes to wear skirts and dresses she makes an easy transition into the more formal settings. Here you will find her in a nice evening gown and usually anything goes as far as color is concerned. When choosing your formal wear, pick a color that works for you but stick to traditional colors and don’t go with pastels or colors that are too loud, as this is definitely not De Laurentiis style.

•    Casual: While many of the dresses De Laurentiis wears could easily pass for casual she does have a rare casual side that is seen. This consists of little more than jeans and a long sleeved button down shirt. In this regard you can really be as cozy as you want to be.

•    Shoes: This is of course going to depend on what style of De Laurentiis you are going for. With her every day look she usually wears a dark colored pair of heels. When you get your heels, don’t go too high, but don’t choose flats either. Going formal will require you to go with a closed-toe heel that matches the gown and try to stick to one solid color here. As for the formal look, anything goes. She has been spotted in sneakers and heels and even boots.

•    Accessories: De Laurentiis is very sensible when it comes to her accessories. All that she usually wears is a watch, her wedding band, and a very thing gold necklace. When choosing your watch and necklace, go for subtle and avoid big and gaudy. As for the wedding band, that is all up to you.

Finish off the look with a simple hair due, a simple make-up job, and some cooking lessons if you really want to nail De Laurentiis.