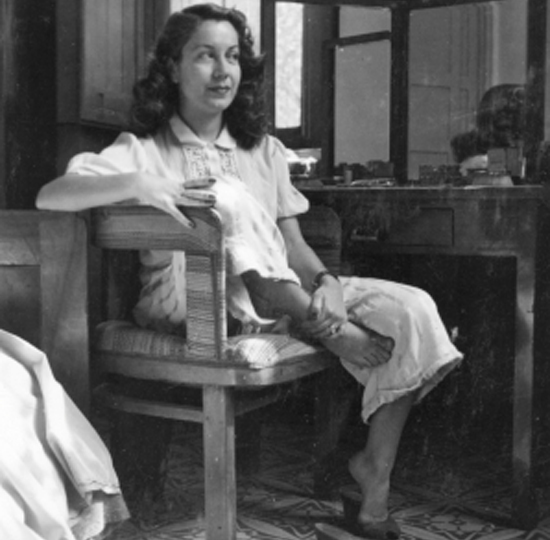 Without a doubt, the 1940s were dark times. The Second World War occupied the first half of the decade and this had a huge impact on everything from food to work to fashion. Everything was rationed, even clothing. In fact utility clothing and very little change in fashion dominated the first half of the decade due to the focus on the war efforts. Needless to say, there are lots of things about the 1940s that make it a unique decade. However at mid-decade the war ended, and things improved greatly after that. The clothing rationing ended and fashion once again came to life.

In fact, all you need to do to dress like you’re from the 1940s is look at what you already have. Most of the clothes you have in your closet will have some trace of a 1940s influence. Modifying your own clothing to make it look more like the traditional 1940s style is a cost-effective way to get the look you desire. Here are some things to keep in mind if you are looking to create a 1940s look to your wardrobe.

•    Keep all skirts below the knee. Mini-skirts were not yet invented and modesty was highly valued. Women dressed like ladies and behaved like ladies.

•    Matching skirts and fitted jackets were a hot look from this era and one that looks good on practically all women.

•    High necked blouses were typical of the style of the day. Bows, frills and feminine ties often adorned necklines.

•    Hats were a very important fashion item. Women wore them often and had a variety to choose from.

•    Other accessories were equally important to pull together a finished look. Purses and gloves were the most common accessories. Jewelry was also used by increasing numbers of women. Scarves were often worn around the hair.

•    Ankle socks were often seen during this decade because stockings were in short supply.

•    High heels and wedge heels were a necessity for well-dressed ladies also.

•    For men, trousers, shirts and ties are typical of this era. Suits were worn quite a lot. Sweater vests with a V-neck were also a fashion statement of the day. In the late 40s Hawaiian shirts broke onto the fashion scene for men, creating a look that was very different than anything men had worn prior.

Dressing like you’re from the 40’s is a matter of a little research and mixing and matching things that you already have at home with some other items exclusive to that era. You can pull together a unique and fantastic 40s look in no time.