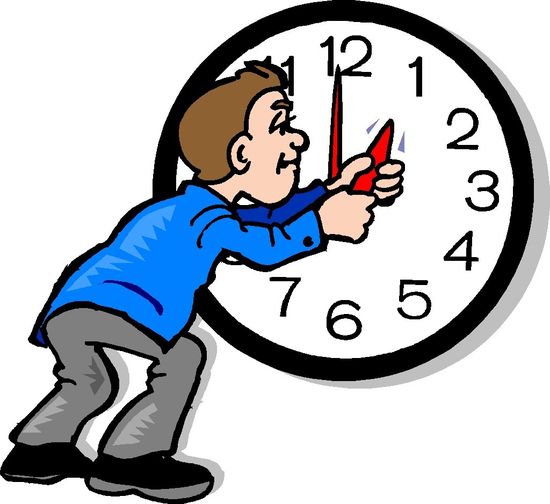 Oh, the blissful days of summer, when the sun rises early and sets late, enough daylight to enjoy the warmth, get all the work done, and still have time, if you’re lucky, to sit and enjoy watching a sunset. The only trouble is, people have to be constantly reminded to switch their clocks forward every spring, and back every fall. It might have been easier to just keep things the way they were, but since World War One, Americans have been ‘switching back and forth’ every spring and summer, to the point that it has become a tradition as loved as baseball and apple pie.

In the United States, daylight saving time began during the years following the First World War, which ended in 1918. Originally meant to ‘preserve daylight and provide standard time for the United States’, the law that has had Americans switching clocks twice a year was officially adopted on March 19, 1918. Such a law set regular, standard time zones and set a prescribed Daylight Summer Time that began on March 31 and was observed for a 7-month period of time. However, after the war ended, Americans complained so much about the time changes that the law was vetoed and thereafter, different states were allowed to observe or not.

However, the practice was revived during World War Two. President Franklin Roosevelt called it ‘War Time’, and it lasted from February 2, 1942 to September 30, 1945. This ‘war time’ was instituted to last year-round. After the war, individual states were again allowed to determine whether or not they wanted to change clocks and observe a Daylight Saving Time every spring and summer. However, as one could imagine, mass confusion resulted as airline and train schedules, not to mention the chaos caused within the broadcasting media, caused the federal government to halt the free-for-all. By 1966, Congress finally took action and standardized one pattern that the country was to follow, and President Lyndon Johnson created a Daylight Saving Time that would start on the last Sunday of every April and end on the last Sunday in October of every year. This was called the Uniform Time Act of 1966. However, the fun didn’t stop there, as in 1972, Congress then decided if a state happened to incorporate two or more time zones, they could exempt one part of the state from the time change, while the other part would change their clocks.

Daylight Saving Time start and stop dates underwent several additional changes over the years, until today, the time determined for the beginning of Daylight Saving Time is designated as the second Sunday in March through the first Sunday in November. Unless, of course, you live in Hawaii or much of Arizona, which have steadfastly refused to play this game.

Nevertheless, Daylight Saving Time seems to serve most Americans as the true beginning of the spring and summer season, and brings with it days of longer play for children across America, and longer hours of work for many adults. While gaining an extra hour of sleep appeals to most Americans, knowing that the sun won’t set, in most states, until after 8:00 or 9:00 p.m. leaves others shaking their head in chagrin. While most Americans don’t seem to really mind having to change their clocks twice a year, they do have to be constantly reminded to do so. Daylight Saving Time invariably means that some people are late, or early, to work, and that many companies have employees working all night to update computers and catch up or get ahead on lost, or gained, work hours.

Daylight Saving Time, for whatever reason it was begun, has become a tradition that is observed all across America, and while some grumble, others giggle with glee at the extra hours of daylight granted by, not Mother Nature, but the United States government.