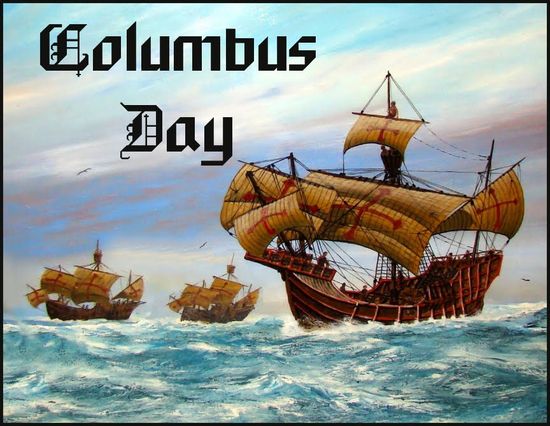 Christopher Columbus discovered the New World in 1492, but the first time that the event was celebrated was roughly three hundred years after the event, in 1792. The first written record of such a celebration to honor the man who found what was to be later called the United States of America tells of a dinner given by a society that commemorated the three hundredth anniversary of Columbus’ discovery.

However, the next written record of any such celebration honoring Christopher Columbus and his sailing adventures was found in 1892, when, on the four hundredth anniversary of his discovery, a monument was raised in Central Park in New York City. The location was dubbed, and is still known, as Columbus Circle. That occasion also marked a wide celebration that culminated in a joint resolution passed by Congress that asked President Benjamin Harrison to urge the people of the United States to observe “the four hundredth anniversary of the discovery of America on the 21st of October… by public demonstrations and by suitable exercises in their schools and other places of assembly.”

President Harrison appointed October 12 as a “general holiday for the people of the Unites States. On that day, let the people, so far as possible, cease from toil and devote themselves to such exercises as may best express honor to the discoverer, and their appreciation of the great achievements of the four completed centuries of American life… in the churches and in other places of assembly of the people, let there be expressions of gratitude to divine Providence for the devout faith of the discoverer, and for the divine care and guidance with which he directed our history and so abundantly blessed our people.” Following the speech, gathered citizens paid their respects to the great Italian explorer.

The Knights of Columbus relentlessly attempted to urge the passage of laws that would make the day a national holiday, and in 1909 a bill was signed to officially observe October 12th as Columbus Day. Italian groups and societies are the biggest celebrants of the day, which slowly became official one or two states at a time over a number of years. That same year, 1909, saw three replicas of Columbus’ ships sail into New York Harbor to the sound of cannons and battleships dipping their colors. Thereafter, the day was celebrated as a legal holiday, but it wasn’t until 1934 that President Franklin Roosevelt asked all the states in the Union to observe Columbus Day as a national holiday.

Known as Cristofere Colombo in his native Italian, Columbus sailed with three ships, the Niña, the Pinta and the Santa Maria to find and procure new lands and territories beyond the Sargasso Sea for Spain. After nearly three months at sea, land was finally sighted and Columbus and many of his crew made landfall on what is now Watling Island. The following year, Columbus made a second voyage with over seventeen ships and over a thousand people, who reached the Dominican islands just before the onslaught of winter. Columbus made two additional voyages to the New World, and on his last, explored the coast of Central America.

Some people feel that since Columbus happened on the coast of America quite by accident, he should not be honored with a national holiday. As one editor said, “Columbus blundered into one of the outlaying islands of the Caribbean archipelago, and thought he was somewhere else.” Nevertheless, his explorations and travels in what were later to be known as American waters are important additions to American history and are duly recognized and celebrated.

Columbus Day is a day set aside to honor the spirit of early explorers, and this one especially, without whom the United States of America might have been something else entirely.