It is easy to learn about a person by the t-shirts that they wear. Whether the t-shirt is blank, full of color or maybe with a slogan it says a lot about their personality. Here is your change to read into some of your favorite celebrities who are wearing their favorite t-shirts. 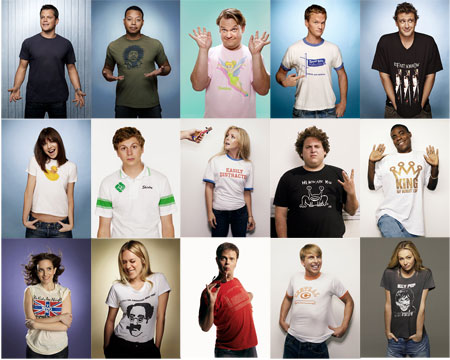