The French Quarter in New Orleans is threatening to enforce older ordinances that limit the number of t-shirt shops in the city. Shop owners are frustrated with the city trying to limit their businesses rather than letting the market decide what should be sold.

One city councilman believes there are too many shops and that t-shirt shops cheapen the atmosphere. Interviews with tourists suggest that they think the t-shirt shops just make it look like New Orleans. Under the current regulations there can be no more than two t-shirt shops within 600 feet of each other. The city will start enforcing the limitations and tighten up the permitting process. 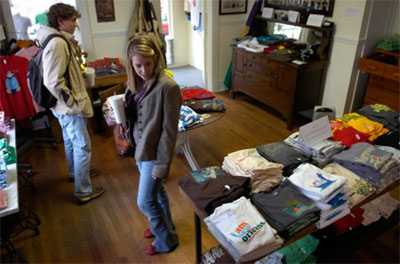 What do you think of the ordinance? Read more about the issue with t-shirt shops at WDSU.com.