Ashlee Simpson announced that she is launching a new line of t-shirts at the retail store Wet Seal. The t-shirt line is being launched on April 22, which is the same time as the release of her new album “Bittersweet”. If you head over to Wet Seal you will be able to get one of her t-shirts and buy her new album. Unfortunately we will have to wait until April 22 to get a first glance of what her t-shirt and clothing line will look like.“I was inspired by so many fun, wonderful things as I was recording Bittersweet World and it’s been great to carry through those inspirations into these new shirt designs,” Ashlee says. “I hope my fans love this album and rock out in these shirts!”

Wet Seal has 494 stores in 47 states, the District of Columbia and Puerto Rico. Visit WetSeal.com for more information on their teen clothing line. 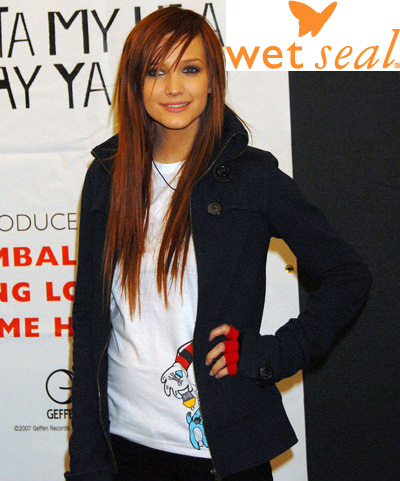 Check out the original press release on Business Wire or one of these celebrity blogs: Pop Crunch, StyleDash or Holly Scoop

← Do Too Many T-Shirt Shops Cheapen Tourist Areas Such as New Orleans?
Celebrities Wear T-Shirts to Raise Awareness – We All Have AIDS T-Shirts →
Scroll Up