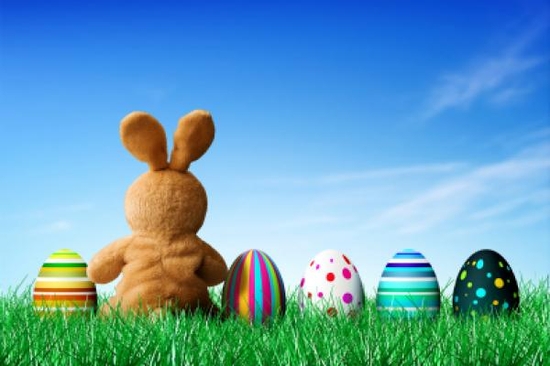 Easter Sunday is the day Christians all over the world celebrate the resurrection of Jesus Christ. The day is honored and observed by millions of people throughout the world as one of the greatest events in the history of mankind. It was the Saxons who first applied the term ‘Easter’ to commemorate Christ’s rising from the dead, although not without some argument from the early Christian community, who debated about the particular day the event should be celebrated.

While most Christians celebrate Easter on a Sunday, Jews who converted to Christianity preferred to celebrate Easter on the same day as they had observed the Jewish feast of the Passover. While no church body has ever officially designated a specific day to celebrate Easter, the matter was brought up to the League of Nations in 1923. In any case, it’s unknown who actually designated the second or third Sunday every year to celebrate Easter, though Constantine the Great ordered his court to dress in their finest clothes to honor the day with feasting and celebration so many hundreds of years ago. During the early years of celebrating this very Holy of holidays, religious leaders and church congregations somberly recognized the events leading up to Easter Sunday, including Christ’s entry into Jerusalem, the Passover, the Betrayal and the Crucifixion, followed by Christ’s hurried burial in the sepulcher and then, finally, the discovery of His empty tomb. Many countries celebrated the religious holiday in different ways, and in Greece and Italy, athletic games followed religious services and ceremonies. In early Russia, everyone was welcome to ring the church bells.

According to historical records, it is believed that the first Easter Sunday sunrise service was observed in Germany in 1732, while one of the first such services occurred in early Bethlehem, Pennsylvania in 1741. Today, sunrise services on Easter Sunday morning are observed across the United States. One of the major ways in which modern Americans celebrate Easter these days is to purchase new dresses, suits and hats, enjoy colorful parades and dye and hunt Easter eggs and eat candy. Eggs especially have become closely connected with Easter in America, and are recognized as a symbol of the resurrection in many faiths, representing new seeds of life and fertility, the continuation of the human species. The Easter bunny as well has roots in tradition and history, as the early Germans believed that the rabbit also personified new life. In ancient times, eggs were rare, and gifts of eggs were considered precious gifts, as when eggs were dyed for spring festivals.

Over time, eggs, rabbits and bright, new colors have become symbolic with the Easter event, especially in the United States, accompanied by the Easter baskets that all these gifts can be carried and collected in. Egg hiding and egg rolling events became a popular game in England, and then the United States. Some claim that the game symbolizes the actions of the first arrivals to Christ’s tomb that first Sunday morning as they rolled the stone away from the entrance. Perhaps no national event is so beloved as the egg rolling tradition on the White House lawn that takes place on Easter Monday morning every year. The custom was begun by President James Madison and continues to this day, though it was suspended briefly during periods of war.

Easter Sunday is one of the most important religious holidays to be celebrated in the United States, a time when millions of people don their finest and reflect on their beliefs. For some it’s one of the most joyous religious celebrations of the year, while for others, it’s a time to look forward, to shake off the chill of winter and look forward to new growth, new life, and new hope.

← What Is Juneteenth
What Is Asian Pacific Heritage Month →
Scroll Up