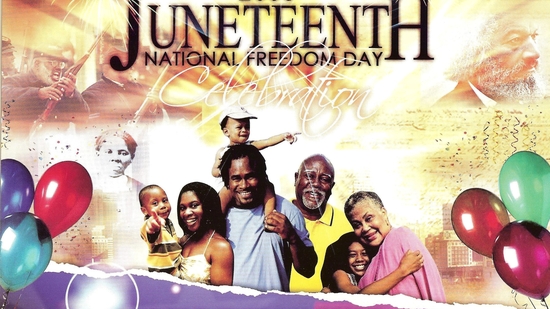 Sure, it’s an odd name for an event that had serious ramifications in American History, but for many, it’s easier to remember than Emancipation Day or Freedom Day. Of course, this day is celebrated on June 19th of every year, a day that commemorates the abortion of slavery in the state of Texas.

For more than a hundred years, Texas has honored this special day, and in 1980, the day became recognized statewide as an official holiday. Thirteen other states within the United States also celebrate this holiday, including Alaska, New York, New Jersey and California. Most government offices remain open, however, but such depends on where you live.

The Emancipation Proclamation, delivered and announced by President Abraham Lincoln in 1863, had little effect on the lives of slaves in the United States at that time, and indeed, the War Between the States had just suffered through one of its most costly battles at a place called Gettysburg the month before Lincoln proclaimed that all slaves were for forever more to be considered and treated as free men. Since its inception, the Emancipation Proclamation has gendered mixed views between Northerners and Southerners, and for many years, and even decades, attitudes were slow to change. Nevertheless, slaves everywhere celebrated the day with music, family and laughter. Within a short matter of time, such celebrations were held all across the nation, commemorating that day in June when every man was considered free to pursue his individual rights.

In January of 2005, the Mayor of Washington D.C. signed legislation that officially designated the day an official public holiday. Each year, events have been held to commemorate the event, with gatherings, speeches and seminars designed to educate and inform the public at large on the history, issues and ramifications of slavery as practiced in the United States since it’s inception to the day it officially ended in 1863. Before 2005, the day was nevertheless celebrated in Washington D.C. yearly from 1866 to just after the turn of the 20th century.

In other scattered states throughout the union however, Emancipation Day is called ‘Juneteenth’ and is celebrated on the 19th of June. The day is a day that brings civil rights’ activists and organizations to the forefront, and schools everywhere learn about slavery and it’s effects upon the nation. While mainly observed by African Americans, many other races and cultures join in remembering the occasion, as freedom is an issue that is one that is ingrained in the heart of every American, young or old. The day offers opportunities for teachers and civic leaders to celebrate the diversity of African-American history and accomplishments, and to further exploration into the contributions of specific men and women whose efforts, ingenuity and pride in America has continued to carry the United States into the forefront of global economics, technology and civil rights.

No matter by what name the day is called; Emancipation Day, Freedom Day or Juneteenth, every June 19th is a day to be remembered by every American. Freedom is the basis on which the United States was founded and for which millions have shed their blood and died. Freedom is not something to be taken for granted, but something that is to be honored, appreciated and protected at all costs. Emancipation Day is not a day just for African-Americans. It’s a day for every American.