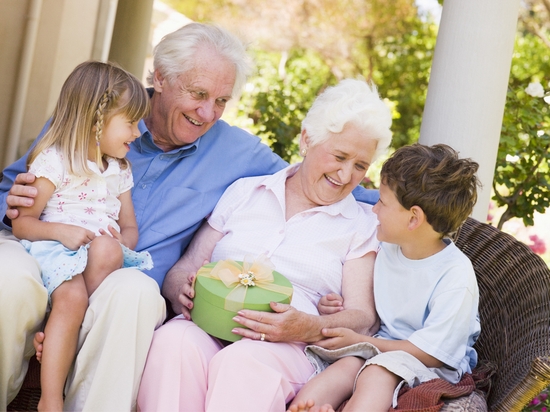 There’s nothing so nice as visiting grandparents, and no matter what their nicknames, they almost always offer nothing but hugs and love for grandchildren all over the United States. It doesn’t matter if they’re called Gram or Gramps, Nana or Opa, a grandparent is a special person in any child’s life.

The idea to have a day set aside especially for grandparents was designed by a West Virginia housewife named Marian McQuade in 1970. Though only begun as a local effort, the idea soon spread reached the state legislature. The first Grandparents Day was officially celebrated locally on the first Sunday after Labor Day, in September 1973. The day was not nationally known and recognized until 1978, when the United States Congress passed legislation officially declaring the first Sunday after every Labor Day as National Grandparents Day. Why September? According to the founders, the autumn season was meant to symbolize the later years of a grandparent’s life. Today, National Grandparent’s Day is celebrated by millions of children, and it doesn’t matter if those children are toddlers or adults.

While Grandparents Day is meant to be a family day, hundreds, if not thousands, of miles, separate many parents and children. A card, letter or phone call is often the only way in which children can show their appreciation for their grandparents, but there is much they can do in their own neighborhood to honor that bond even more. Many school children make crafts and gifts for their grandparents with old mementoes or photographs, while older children and adults often volunteer their services at local retirement communities and long-term health care facilities in their town or city. Other groups of children often take to the streets and offer to clean senior citizen’s homes, yards and garages for them.

Children or adults who no longer have a living grandparent often visit homebound or shut-in senior citizens in their neighborhood, offering them company, food and the knowledge that someone cares about them. Many states offer ‘Adopt a Grandparent’ programs, which serve the needs of both young and old. Grandparents are meant to spoil their grandchildren, and young children need an older adult to offer the patience and love of an adult that isn’t in charge of daily child rearing tasks. Grandparents bring the experience of maturity and patience, gained after having raised their own broods. Grandchildren everywhere seem to be able to sense that in them.

National Grandparents Day also serves as a prime learning opportunity for younger generations, and listening to tales of what life was like during prior decades often provides hours of entertaining instruction to youngsters. Seniors, no matter whether they’re family or not, have the ability to pass on their experience and wisdom to younger generations, if they but care to sit down and listen. A grandparent is a treat to children from every race, faith and geographic area. It doesn’t matter if they’re rich or poor, stooped with age or still active. A grandparent is love and compassion, understanding and patient. A grandparent’s smile will never age. Remember your grandparent on National Grandparents Day every September.

← What Truman Day Means To History
What Is Juneteenth →
Scroll Up