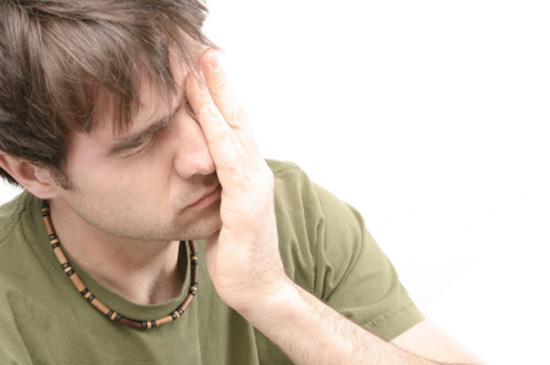 If you tend to go overboard with the hard stuff (only on special occasions, mind you), the morning after can turn into a foggy haze of “where am I and what did I do.” Unfortunately, sometimes those morning-afters require you to actually function, as in get up and go to work (boy, shoulda thought twice about hitting that bar on a Sunday night, huh?) or to the grocery store (less threatening but still presents the possibility of running into someone from church or your kid’s school). So what can you wear that will be comfortable and attractive, while not screaming “I was out drinking heavily last night and that’s why I could only muster up enough brainpower to put on this old hoodie and sweatpants”?

Believe it or not, there are people who actually have “hangover clothes.” They’re what those who party less frequently refer to as “grubbies”: clothes that they wouldn’t be caught dead wearing in public, but that they wear around the house on the weekend when they’re recovering from a hangover. These folks have a drawer reserved especially for hangover clothes, usually near the bottom of the dresser, because that’s as far as they can lift their pounding heads in the morning (if they get up and get dressed at all).

There are things you can do to make the effects of a hangover less noticeable to the rest of the world. Here are a few ideas for outfits and accessories which will make you look better than you feel on a day when you’re fighting off a hangover.

Wear outfits with bright colors and patterns. OK, so bright colors and patterns make your head feel like it’s going to explode, but throwing on a pair of faded sweats isn’t going to do much for your image. Choose colors that convey a strong, powerful message, such as red. To draw attention away from bags and dark facial circles, be sure to choose a color that complements your complexion.

Do a long tunic or sweater. If you’re feeling as bloated as the Goodyear blimp, slip on a pretty, flowing tunic, one of the latest hot looks. You’ll feel comfortable and still be stylish.

Go for glasses if you wear them. There’s not a lot you can do for those bloodshot eyes since too many eye drops can actually worsen the problem. If you have a pair of glasses that look especially sophisticated, try to camouflage the redness with those. It won’t disguise the problem completely, but they will add a bit of polish to an office look. If you can go casual, a pair of cool sunglasses will do the trick.

Don’t stuff your hair under a hat. If you wake up and your hair looks like it’s been through a tornado, don’t try to disguise the problem with a ballcap. Instead, comb it back into a low ponytail and twist it into an updo for a quick fix that’s ready for the office or errands.