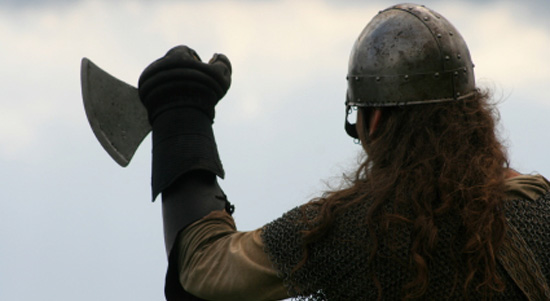 You might think that dressing like a Viking wouldn’t be so easy. You’re probably right. After all, Vikings lived hundreds of years ago. To say that our modern-day fashions have moved on from those of the Viking days would be frightfully accurate.

Nevertheless, you might feel tempted to dress like a Viking because they were so darn cool. Everyone knows that the Vikings were a tough group of dudes. They took their little boats all over Europe conquering villages left and right. The Vikings were so tough that they even named a National Football League team after them. No football team would ever use a wimp for its mascot.

In addition to athletic inspiration, the Viking has also become a symbol of ruthless tenacity and victory. During the Viking age, the Vikings claimed a significant amount of land as their own. The Scandinavian explorers expanded their empire from Iceland to Asia. There were determined to be the big men on campus and the achieved it, for a while anyway.

Nothing lasts forever and the Vikings eventually had to turn their conquests over to another empire. But the Vikings will never be forgotten as symbols of super-charged masculinity and barbaric toughness.

In fact, the Viking’s horned helmet is one of the most recognized pieces in ancient tribal costuming. From football games to Halloween, this ritual helmet has become the universal symbol for the Viking. The undeniably conspicuous look of the helmet is hard to miss, which is probably why it so popular among the original Vikings. They definitely had some foresight when they created that famous accessory.

Along with their horned helmets, the Vikings also wore furs to keep them warm in the cold Scandinavian winters as well as suits of armor to protect them during their conquests. You’ll probably have a hard time finding a comparable Viking outfit. Not to mention, unless you live in Scandinavia, you’ll probably break a sweat before you even get it on.

There are much easier ways to dress like a Viking that don’t involve wearing animal hides or chainmail. In fact, you can get an authentic looking Viking ensemble with the help of a custom t-shirt printing service. In the blink of an eye, you can have all the basics of the Viking dress code.
Since you might have some difficulty finding an original Viking suit of armor, you might have to create an alternative. Design your own version of a Viking outfit and have it custom printed onto a basic t-shirt. Not only will you be much cooler, but you won’t have to worry about falling over mid-stride from all of the weight. You’ll look and feel like a Viking without huffing and puffing.

Just add a plastic horned helmet from your local costume store—or from your uncle’s Minnesota home—and you’ll look like the genuine article. Sometimes dressing like your favorite historical character means thinking outside the box. Even the Vikings would appreciate your ingenuity and your dedication to reviving the basics of Viking style.