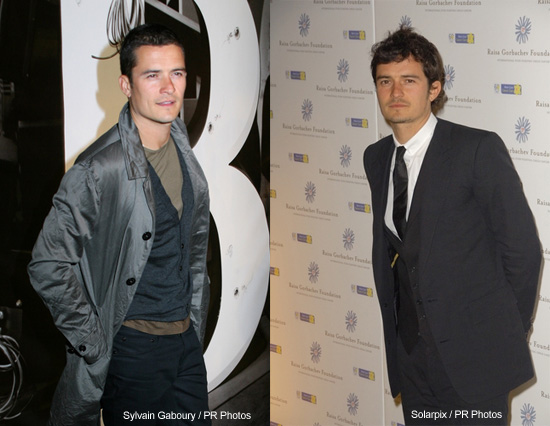 Orlando bloom is a successful British actor, famous as much for his looks as for the roles he’s played. Orlando is known primarily for his role as the dashing Will Turner in the Pirates of the Caribbean movies as well as his character Legolas Greenleaf in the Lord of the Rings trilogy. Young and handsome, Orlando has become not only a fixture in Hollywood but also a fixture in the tabloids and fashion magazines. He has a style that combines a trendy sensibility with a little bit of a bohemian attitude.

Orlando has three basic looks that include casual and formal wear and somewhere in between. The more casual Orlando is a great place to start when trying to dress like him, as most of the time, he is a basics-wearing, laid-back guy. To imitate this version of Orlando Bloom you need to start with a t-shirt. Not just any old t-shirt will do. You need something trendy or vintage with old logos or bands on them, maybe even a concert t-shirt from the 80’s. Pair the t-shirt with some flared, almost hippie style jeans. Add a worn leather belt with a fun belt buckle, a pair of Converse sneakers and maybe a funky skull cap and you’re good to go!

When going for the more formal look of Orlando Bloom, the one he would present at awards shows or while walking the red carpet, a different type of clothing is required. Wear a three piece suit. Orlando likes to be comfortable, however, so make sure it fits properly and isn’t too stiff or uptight. Go with a navy blue instead of black to get the casual feel that fits Orlando’s personality.

If you want to go for the in-between look that Orlando sports so often, you can find a happy medium between his super casual look and his Hollywood look. Wear a nice pair of jeans with some casual leather shoes or maybe some cool sneakers and a nice leather belt. On top wear a nice button down shirt with a sport coat over it. For a funkier, more casual version of Orlando’s style, add a vintage t-shirt under a suit jacket instead of a dress shirt to give it an edge.

To really get the Orlando Bloom look you have to get the hair down. Orlando has great hair! Wear your hair long, about shoulder length, and tousled. Add styling gel to it and simply scrunch it while it dries to get the look. You also might want to try a goatee as Orlando often is seen one.

If you want to emulate Orlando Bloom’s look, it’s easy to do and with only a few simple pieces. Put them together in the right pairings and you can pull it off in no time!