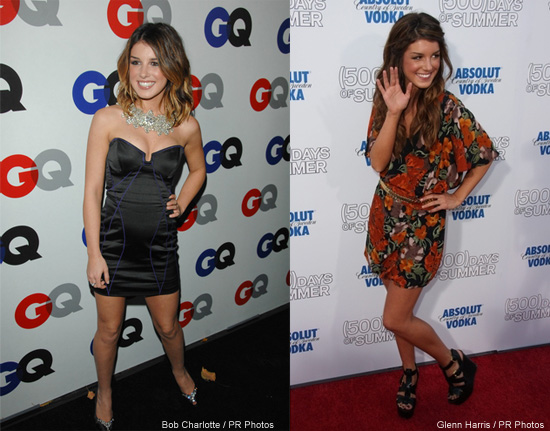 An entire generation fell in love with the show Beverly Hills 90210. Now an entirely new generation gets to fall in love with the spin-off show of the original hit simply titled 90210. One of the main characters on the show is Anne Wilson who is played by Canadian actress Shenae Grimes. Grimes is rapidly climbing in popularity with both teens and women in their early twenties and many now aspire to look like the young actress and are attempting to dress like her.

Grimes has a great look and wears a combinations of different dresses and skirts in order to pull off her graceful style. Here are some things you can do to dress more like Grimes:

•    Dresses: Grimes goes with a wide variety of short skirts and looks great no matter what style she wears. She can be found wearing all types of dresses so you can feel free to experiment here and wear what looks best on you no matter if the style is sleeveless, strapless, or even spaghetti straps. The length of the dresses should be no longer than just above your knees and the shorter you go the better it is for the look. Grimes has no set color pallet here, but does seem to stick to solid colors.
•    Skirts: Grimes tends to wear her skirts a bit on the longer side and they commonly come down to her ankles. These skirts usually are a lot livelier in color than the dresses that she wears. You can go with all sorts of fun patters from plaids to checkers to polka dots. Then finish off the skirts with a nice frilly shirt and you have the look completed.
•    Shoes: Here you have a lot of leeway. She has been known to wear anything from heels to boots and occasionally is seen in simple sandals and flip-flops.
•    Accessories: Grimes wears a wide range of accessories and you can feel free to do the same. When wearing one of your dresses you can dress it up with a scarf. When wearing a skirt tie in the outfit with a big belt or sash. As far as jewelry goes you will want to go on the lighter and more conservative side as Grimes rarely wears a lot of jewelry.
•    Hair and make-up: This brunette has beautiful looking long hair. She parts her hair to the side and usually adds some curl to it. You can get this look by using your bigger curling iron and lots of hair spray. When applying your make-up go a little heavier than you normally would, especially around your cheeks. Grimes uses a good amount of blush here to accentuate her cheek bones and you should follow suit. Bring out your lips with a medium color pink and never go wild with your lip stick as Grimes is never found wearing loud lip stick.

The key to nailing the Grimes look is to have fun doing it. Her wide open dress and skirt approach to fashion can make getting dressed up a fun pastime rather than a boring chore.