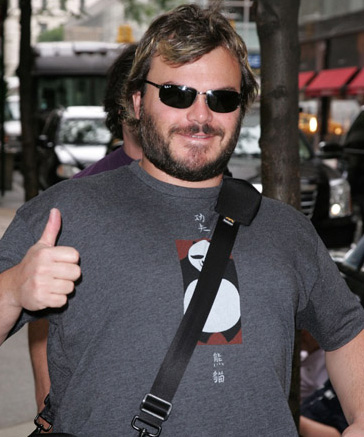 Jack Black was spotted in New York wearing a Panda t-shirt (again!) to promote his new animated movie Kung Fu Panda. Black is the voice of the leading panda character who turns out to be a legendary kung fu warrior. The movie has received pretty good reviews so Black should feel good in his endless Panda t-shirt wardrobe. Via: Brick and Stones Gossip