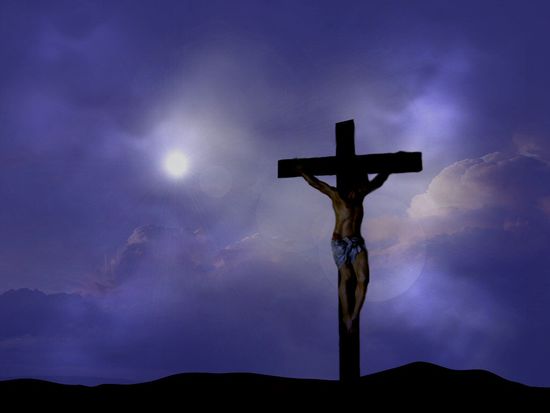 Many young people wonder how a day that experienced such tragic sadness could be called ‘Good Friday’. Good Friday is one of the most somber religious holidays in the Christian religion and always falls on, naturally, the Friday before Easter. It is on Good Friday that Christians believe that the Roman official Pontius Pilate crucified Jesus Christ. Some believe that the name ‘Good Friday’ used to be called ‘God’s Friday’; while others believe it is so named because of the good that came to the world through the life and sacrifice of Jesus Christ.

Christians observe Good Friday in different ways throughout the world, but in the United States, it is observed with a Friday evening church service or mass. Churchgoers generally wear dark, somber clothing, and priests and pastors throughout the country wear black as well. Altars are bare or somberly covered. In many countries, churchgoers leave church services and observe a period of silence, in reflection of the occasion.

According to Christian historians, Jesus Christ was nailed and hung from a cross around noon on Good Friday, and tortured and mocked for three hours until he died at approximately three o’clock in the afternoon. Because of the approaching Jewish Sabbath, his body was quickly buried in a tomb on the outskirts of Jerusalem. The following Sunday morning, several women went to the tomb to properly prepare his body for burial, only to discover that His tomb was empty.

Protestant Christians and Catholics honor the day in different ways. In most Catholic churches in America, the ‘stations of the cross’ are observed, a symbolic manner in which parishioners follow Christ’s path from his entry to Jerusalem to his crucifixion. For all Christian religions, the emphasis is placed on Christ’s sacrifice for the good of the human race, and as such, are admonished to live life in a way in which will honor such goodness and sacrifice.

Many states within America close their shops and businesses early on Good Friday in order to commemorate the holy day, which is also known as the Festival of the Crucifixion, or the Day of Salvation to some. Many churches around the country hold three-hour church services, from twelve o’clock noon to three o’clock in the afternoon, the approximate time that Jesus Christ is believed to have suffered on the cross before his death. Prayers, somber hymns and silent meditations often accompany such services. Evening services are also held in many religious denominations in the country. Good Friday is one of the most important days in Christian history, and is reserved for sacred and solemn reflection.

Good Friday has become a day in which ‘passion plays’ are watched, plays which re-enact the passion and sufferings of Christ during his last hours on earth. Other beliefs have risen from the events that took place on that first Good Friday, one of them regarding the number ‘thirteen’. In the United States, thirteen is still considered an unlucky number, because thirteen people sat around the table during Christ’s Last Supper.

Good Friday, one of the holiest of days in Christianity, is not so much a holiday as it is a day to reflect on our humanity and the possibility of life after death. Christians believe that through Christ’s crucifixion and death it is now possible for all to attain life after death, as evidenced by his resurrection and ascension into heaven on Easter Sunday. For over two thousand years, Christians have believe this, and nothing said or done will shake their faith in this extraordinary event that is celebrated by millions of Americans the second or third Sunday of every April every year without fail.