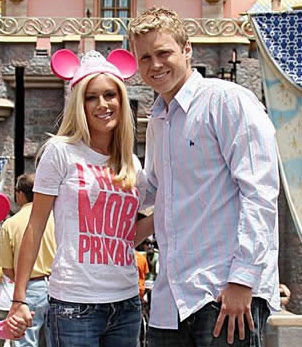 A white shirt with “I want more privacy” in huge bright pink lettering was spotted on Heidi Montag during a recent trip to Disneyland. The shirt is obviously a joke because Heidi and her boyfriend Spencer Pratt main job is to look good, travel around and have people take pictures of them. In the past year the couple has brought in over $3 million for TV salaries, club appearances, photo shoots and business deals. I am sure they want more privacy but I bet they would rather have the $3 million. Via: Buzznet