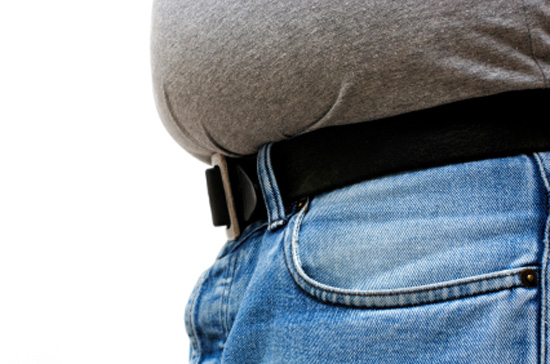 The most common places they can be found are backyard barbecues, sporting events, and college campuses. But truth is told they can be found anywhere. Every man has seen one and likely has had one to some degree at one time or another in his life. It’s the beautiful beer belly. Beer bellies were once worn as a proud badge of honor to showcase a social, partying heritage. Those who had them were looked upon as teddy bears or every-man kind of guys. Some people thought beer bellies were actually cute. In modern times, where health clubs and organic food stores are as common as Big Macs once were, a beer belly has suddenly become something that’s seen as shameful or a sign of laziness.

The good news is that a beer belly isn’t always caused by beer. It’s just a term given to an accumulation of fat above the belt. Some men don’t even drink and have a beer belly. High calorie foods and lots of inactivity are sure to be the culprits. Because of genetics and where fat is stored, only men are susceptible. Eating healthy and staying active are obvious preventative measures and most men realize this. What if you’re a man and you’re comfortable with your beer belly but, at certain times, you just wish it wasn’t there? Well as many men that have beer bellies there are as many solutions to hiding the problem. Here are some ideas to camouflage a beer belly.

Loose clothing. As obvious as this may seem, wearing loose clothing can be a quick remedy. Clothing a size or two too big will hide the general outline of your body in all places. But don’t go too baggy as this will make you look bulky.

Wear the right colors. Men, being naturally averse to fashion, usually don’t think of this one. Dressing in two-tones can actually obscure the belly area. Dark colors should be worn for your pants and wear lighter colored shirts. Fashion experts who’ve dealt with the beer belly situation know that many men with beer guts have the look of thin legs. Two-color dressing hides this imbalance and gives a more proportioned look.

Leave your shirt untucked. A slimmer line look can be achieved by simply not tucking in button down shirts. This way the belly overhang is not as evident.

No muscle shirts. Avoid anything tight for that matter. Don’t wear anything too clingy that accentuates things you’d rather not show off.

Stripe the belly away. Always go with vertical stripes. Vertical stripes will make you appear longer and thinner. Horizontal stripes have the opposite effect. Under no circumstances wear a shirt with a large stripe across the chest because upon first glance the eyes of someone else will be directed right to your belly.

Probably the best way to camouflage a beer belly is to wear a smile! If you walk around self-conscious about your beer belly and believe everyone is looking at it then they will be! Be confident and don’t give the beer belly more power over you than it already has.