Celebrities have a fair bit of influence on their followers and some celebrities are very open political choice. Actor Ryan Phillipe who is known for his recent performances in the movies Stop Loss, Breach, Flags of our Fathers, Crash was spotted wearing a Barack Obama T-Shirt. The t-shirt has a picture of Obama and the phrase “Progress”. 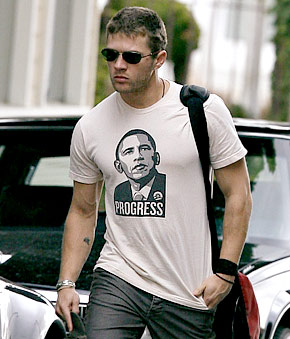