Heather Mills was spotted wearing a bright green t-shirt with the phrase “Vegan, you can’t get greener”. Heather Mills is most commonly known as Paul McCartney’s estranged wife who is in the middle of a divorce battle. Mills is launching Viva, whose organization has the tagline “Vegetarians Voice for Animals”. The group has a series of celebrity backers (though many I have never heard of) and she has recently been approached to be in her own cooking show. While only 0.2-1.3% of the U.S. population, and 0.25-2.24% of people in the UK are vegan there is a growing population who dabble in the casual vegan/vegetarian lifestyle (Flexitarian) 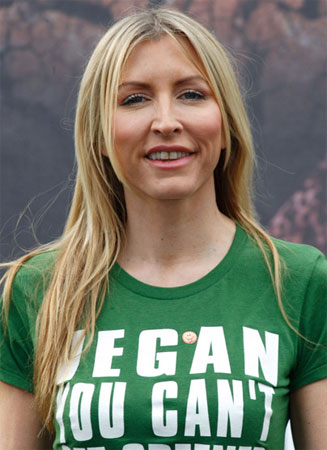 Celebrities are in a unique position. They have followers and they also have a ton of money and together this is a great position to be able to influence change. While most celebrities are not vocal about being vegan or vegetarian there are tons of folks who are. Happy Cow has a list of over 500 famous vegetarians (sorry couldn’t find a list of JUST vegans).
.
Source: PopCrunch and Ecorazzi for the Heather Mills story and Wikipedia for the vegan facts

← Print on Demand T-Shirts – One at a Time!
Barack Obama backed by Celebrities – T-Shirt Spotting →
Scroll Up