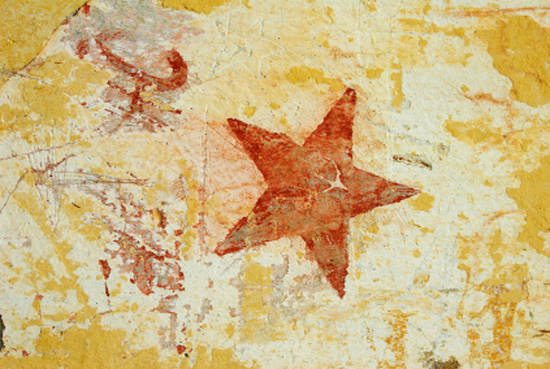 Communism, according to the Merriam Webster dictionary, is a totalitarian system of government in which there is a single authoritarian power. The word “communist” conjures up many images from Karl Marx to Stalin to modern day North Korean leader Kim Jong-Il. Though communism dates back as far as the 16th century, it’s communist leaders in the last one hundred years that come to mind with the word communist.

Communism is a controversial political idea but can be a fun and interesting dress style to try to emulate. Dressing like a communist takes some thought and planning but can be done with some simple clothing and hair.

There are many communists that one can try to imitate, though there is also just a general sense of style that one can copy to pull off the look as well. For this you just need a few basic things in order to dress like a communist.

One option is to find a plain military type uniform, either in olive, black or navy. A button shirt with a notched collar and matching pants will do the trick. Add a leather belt either around the waist of the pants or over the jacket around your waist to complete the look. Make sure you also wear military boots with this outfit and a matching hat with a brim or a military beret. All of these items can be found at a costume shop or at an army surplus store. You could also search the internet for these articles.

Another option when dressing like a communist is to try to reproduce the image of the communist leaders. With this look you would need a more formal coat or jacket with matching pants. This can either be something akin to a suit or a more formal version of a military uniform. As long as it’s plain and generic without military insignias, any of these will do the trick. Wearing a belt outside the jacket, high around the waist would work great with the formal look. Adding an overcoat or trench coat to either the simple or the formal outfit would help to complete the costume.

Many communists and communist leaders were known to have facial hair. Adding a moustache and/or a beard would really add to the look. And for your hair you could go with a wild unkempt look or a more subdued, slicked back look.

A common symbol of communism is a red star with a yellow hammer and sickle in the middle. Adding one of these to your outfit would make it look quite authentic, though could also add even more controversy to you costume.

The image of a communist evokes a sense of revolution and counterculture.  To dress like a communist could be quite controversial but could also be challenging and fun to try to imitate the look. Dressing like a communist takes a little shopping, thought and preparation but can be an easy style to duplicate.